Aside from the many panels I had lined up, my first task on Day 1 at South by Southwest 2013 was to meet the infamous “Grumpy Cat,” which has spawned one of the most popular Internet memes to date. I made my way to the Mashable tent where the furious feline was waiting to meet his adoring fans, and despite the rain, people were lined up and down the block to get a glimpse of “Tardar Sauce,” which is the Grumpy Cat’s real name. 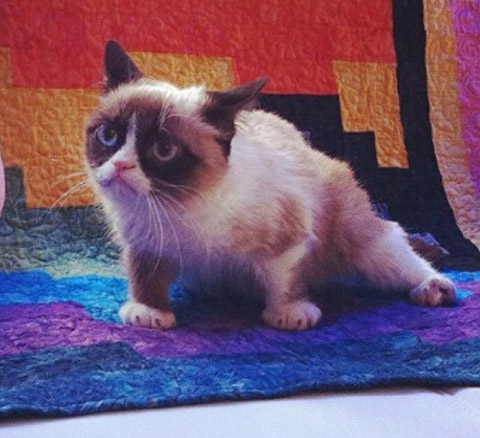 Afterward, I explored what the Austin Convention Center had to offer, before heading to ‘How to Rank Better in Google & Bing’ presented by Matt Cutts (the head of web spam at Google) and Duane Forrester (manager of Bing Webmaster Tools). The panel was held in a Q & A format, which produced a variety of questions from a diverse group of individuals. However, I felt the overall theme of the panel revolved around the concern of “How can my smaller company compete with industry giants that are spending millions on advertising?” The duo addressed the issue by letting the audience know that they are ‘making strides for local competition’ that often get lost in search engines despite having more benefits to the local customer. They also stated that they are working on having reviews of companies play a role in how high they appear in searches for both Bing and Google.

Days 2 and 3 were filled with even more presentations, some of which I’ve recapped below.

I was very excited to attend this panel due to the extremely influential presenters and hoped to get some insight on how bigger brands handle their marketing. I was surprised to find that much of their advice could be used by smaller brands as well. Essentially, they believed that the best marketing comes from DIY-inclined, creative fans. By giving brand advocates the power to choose, create, and have their voice heard, a buzz is created around the initiative that is far more engaging and real than anything the company could put out. They shared that the best brands get people talking and that fans have a better ability to make a connection than the company itself.  Through this type of tactic, otherwise known as crowdsourcing, brands give consumers free reign to express themselves and find out what they really love, which in return also provides hidden product insights. An example of this type of campaign is Lay’s “Do Us a Flavor” project, which asked fans to choose their favorite new chip flavor (Cheesy Garlic Bread, Chicken and Waffles, or Sriracha). Not only has the company seen success through crowdsourcing but by pairing the three chip flavors together, they have increased their average unit sale which they had been unable to do in the past.

'A Home on the Web: The State of Blogging in 2013’
Presented by Kara Swisher (AllThingsD) and Matt Mullenweg (Automattic)

There was a lot of developer discussion that was a bit over my head at times but I still found the panel intriguing. It seems as if all WordPress users are extremely happy with the interface and its plugins and from the way Mullenweg spoke, it was revealed that WordPress would only evolve from here on out. When asked if he felt he saw competition in websites like Tumblr, he was not concerned, in fact, he actually felt that Tumblr users are a preset to WordPress users because they offer an easy introduction to the world of blogging but once they want more customization and control, they switch to WordPress.

This was a very quick, 20-minute presentation that merely stated comments are more vital to a company’s social networks than likes. Comments take effort and require an investment, which shows a fan genuinely cares about the subject and/or the brand itself. Comments also create conversation, which keeps the writer coming back as well as offers an opportunity for the brand to speak with customers one on one. According to Williams, comments increase time spent on a site by 23% and increase the average number of page views by 13%.

'The Future of Google Search in a Mobile World’
Presented by: Amit Singhal (Google) and Guy Kawasaki (Alltop)

Singhal and Kawasaki offered up some very good insight to SEO during this panel that suggested Google’s search results aren’t just about inbound links. They use over 200 different signals for their search engine and all should be taken into consideration, especially how current customers are searching via mobile devices. According to the presenters, during lunch/dinner hours, mobile search goes up and desktop goes down in usage. Signhal also stated that Google has work to do on its end to help better produce the best results for users. They’re currently working on solving knowledge craft, natural language understanding, speech recognition, and conversation.

My final panel of the day was held in a Q & A format where two audience members acted as game show contestants that answered questions from audience members for the title of “Social Expert.” Decker and McDonald entered the forum wearing goofy wigs and blaring game show music from their iPhones, which established a fun, laid back atmosphere for audience members to ask questions. One topic that I found relevance in was how to convince your CMO that a bigger social budget is needed. This question came from a representative from Reese’s who said that their social engagements are at an all-time high, which has in return resulted in a minimal budget for social. The winning answer stated that when CEOs don’t see the ROI on social, describe to them the COI, or ‘cost of ignoring.’ Overall, there seemed to be many experts in the audience, which caused several of the closing questions to branch out into an audience discussion. All in all, this may have been my favorite panel yet.

Bonus Celebrity Sighting: While I was waiting in line, I spotted Lupe Fiasco mingling in the hotel hallway. He’s in the middle wearing the grey beanie. 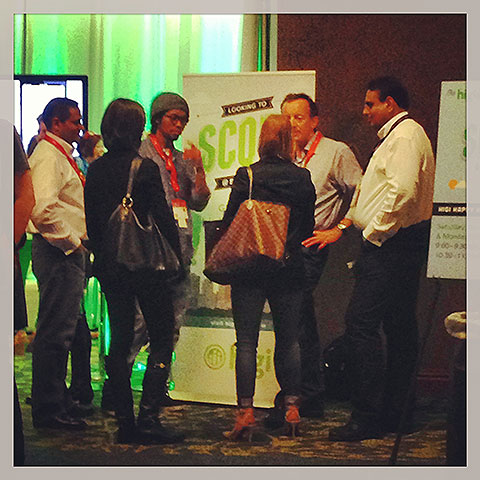 Stay tuned for more recaps later in the week!