Cher Through the Years

More than 10 years ago, Cher kicked off what was then pegged as Living Proof: The Farewell Tour. Originally scheduled for 59 concerts throughout North America, the dedicated performer eventually extended it to three continents and more than 300 concerts over the next three years from 2002-05.

It soon became clear the “farewell” tour (later aptly nicknamed The Never Can Say Goodbye Tour) would not be the way Cher would leave her devoted fans. Enter the 2014 Dressed to Kill Tour, which will stop in more than 40 North American cities from March-July. Fans can find a more complete list of tour dates—and a wide selection of Cher tickets—available in the Vivid Seats marketplace.

As Cher prepares to return to the stage for what promises to be more extravagant than ever—we decided to take a look back at the moments that have helped propel her enduring global success.

“I Got You Babe”
For nearly 50 years, Cher has been a cultural icon—and for good reason. Always able to adapt to emerging trends while keeping her strong personality, Cher deftly transitioned from decade to decade by adjusting her musical and personal style—and making sure everything was supremely theatrical. Her fame catapulted in the ‘60s while she performed covers of artists like Bob Dylan and Nancy Sinatra before hitting it big with the No. 1 Sonny and Cher single, “I Got You Babe.”

And the Oscar Goes To…
Cher took a step back from recording in the next decade, taking time to hone her acting skills instead. She appeared in six films throughout the ‘80s, and her natural showmanship—and years of live performances—helped lead to a win for Best Actress at the 1988 Academy Awards for her role in “Moonstruck.” The now-iconic dress worn by Cher at the ceremony was designed by longtime collaborator Bob Mackie, who is reportedly confirmed to design costumes for her upcoming tour. 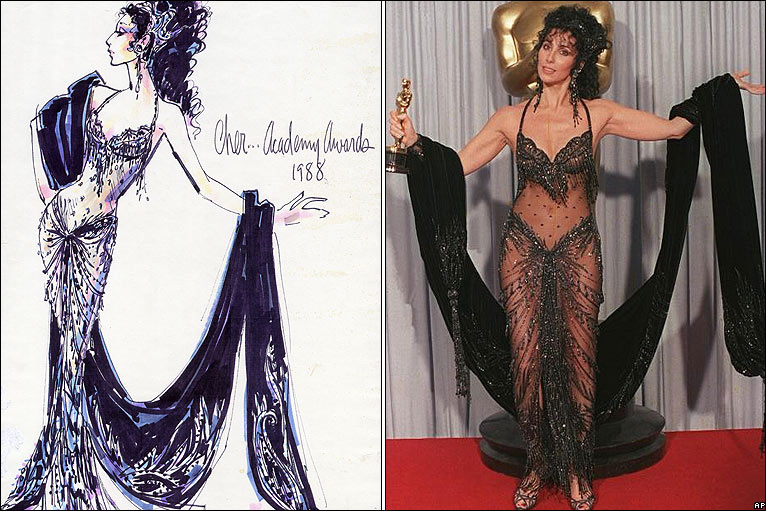 “Believe”
In 1998, Cher returned to the top of the charts with “Believe,” which became her first No. 1 single in over 20 years. The Do You Believe Tour promoting the album remained one of the most complicated to date, with at least seven intricate costume changes at more than 100 concert dates in Europe and North America.

Las Vegas and Beyond
In the years following the aforementioned Farewell Tour, Cher found a home in Las Vegas for a three-year residency at Caesars Palace. From 2008-11, she completed nearly 200 performances with more than 20 different costumes designed by Mackie, as well as a host of dancers.

The theatricality of the Vegas residency has already crossed over into the new music featured on Cher’s latest studio album, “Closer to the Truth,” which was released in Sept. 2013. A live performance of her single “Woman’s World” appeared on an episode of “The Voice” this past June, giving a preview of what fans can expect on the extravagant Dressed to Kill Tour.

Beyonce: The life story you may not know

Taylor Swift: The life story you may not know

Your Guide to K-Pop: Fandoms, Labels and More