Michelle Roque burst onto the football scene with dexterity and nimble moves on the football field. Now, she’s emerging in the music world with passionate lyrics and songs imbued with emotion.

Roque was a student at Florida State University in 2014 when MaxPreps publicized a video of her playing in a sorority flag football game, showcasing dazzling moves that caught the attention of most major media outlets.

Now, the most well-known flag football player on the planet is tackling another passion: music. And she’s using lessons from the pigskin to guide her.

Roque first dabbled in music as a 4-year-old, learning to play piano. She wrote her first song at 10.

Two years ago, Roque returned to her childhood passion. So far, the Florida native has released four singles and says she has enough music to fill four albums. She labels herself a songwriter more than a singer, and her subject matter is borne of her personal experiences, with which she hopes her fans can identify.

“I went through a bad break up and found that music was my outlet. When life brings me down I step behind my keyboard and write,” Roque said. “It’s as much for me as it is my listeners. I hope they can hear my stories and relate to them and know they aren’t the only ones out there feeling these ways.” 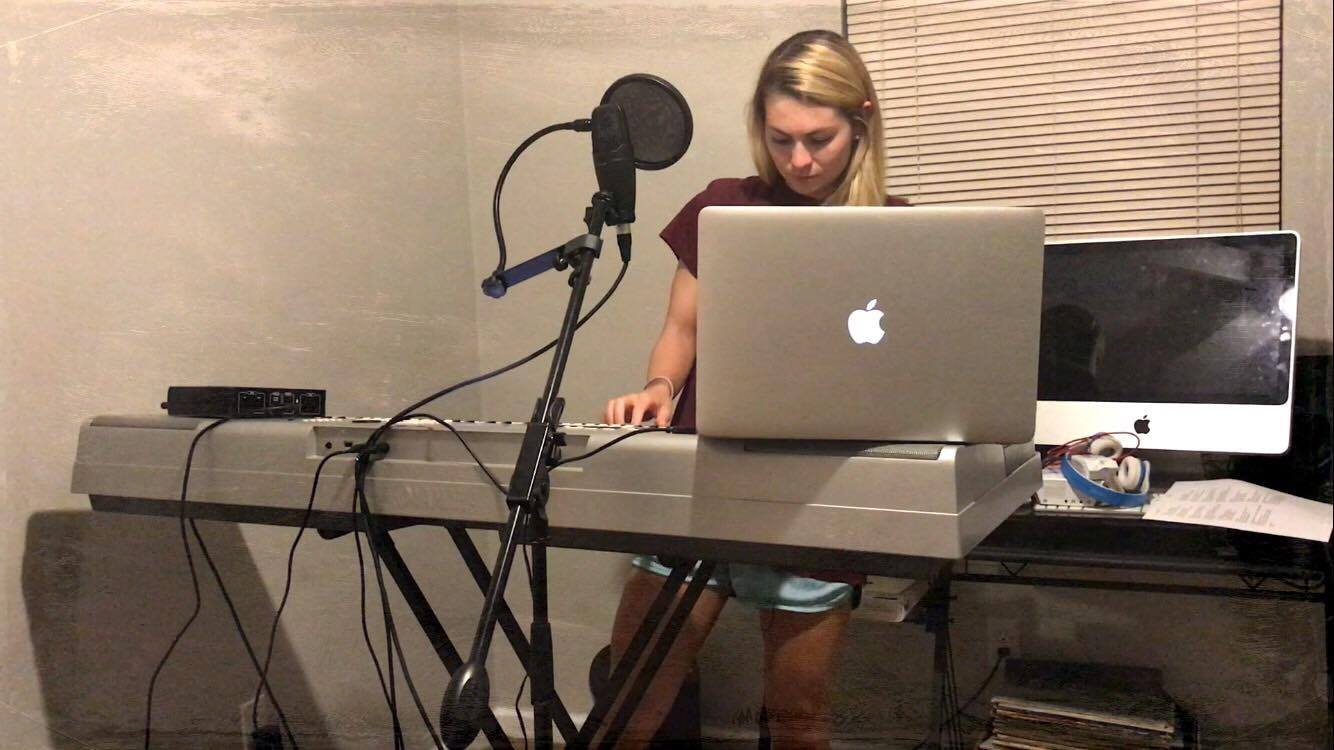 Sam Smith and Adele have served as inspiration for Roque because their music is “so raw and touching.” She also likens herself to Taylor Swift, in that her real-life relationships provide subject matter for her songs.

Roque knows that navigating the music industry is not easy. However, the lessons she’s learned on the football field have helped her remain determined. Like success in football, a fruitful career as a songwriter and performer requires consistent, daily effort and commitment.

“Football has taught me so much in every aspect of my life. In terms of music, it has taught me that no one is an overnight success,” Roque said. “I cannot expect to release a song and be famous the next day. It takes time, practice, hard work, dedication and so much more.”

On Nov. 4, Roque will be making her concert debut when she opens for Brightside at 926 Lounge in Tallahassee, Fla. The concert will take place hours after Florida State, Roque’s alma mater, hosts Syracuse in a football game several miles away.

The symbolism is fitting for Roque.

Beyonce: The life story you may not know

Taylor Swift: The life story you may not know

Your Guide to K-Pop: Fandoms, Labels and More