Music is an art form that can be enjoyed simultaneously by millions across the globe. It brings us together in a way few things can. For up-and-coming L.A. act Lonr., it’s also a way to reach those that would rather be alone. Short for “land of nothing real,” Lonr.’s music certainly isn’t afraid to isolated, going viral on Tik Tok while he toured the country. Now, with the arrival of his debut EP, Lonr. spoke with Vivid Seats about releasing new music, blending genres, being alone and more. 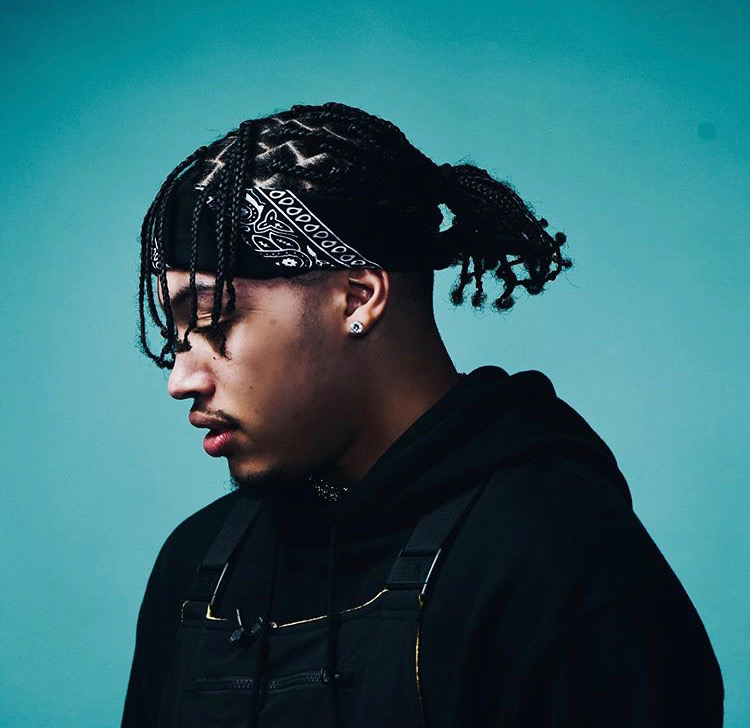 Vivid Seats: For those unfamiliar, who is Lonr.?

Lonr.: I’m an outgoing but laid-back unpredictable goofy dude that likes to see more in people and in the world. Sometimes I have too much passion for the things that I believe in, but I’m OK with that. I’d say my music is very vulnerable and I like to make whatever I’m feeling in that moment. I’m very spontaneous, but I’ve never rushed my music; I’ve got a cohesive sound, but it’s always going to be different.

VS: As an artist, your name is so important. How did you come up with Lonr.?

L: Lonr stands for land of nothing real. I’ve always kept to myself. Me being to myself was the foundation of my creativity. Everything in our head starts with an idea, something that’s not real yet, but as long as you chase it you can make it your reality. So, from the “land of nothing real” anything is possible.

VS: Your song “A.M.” was incredibly popular on TikTok last year. How did that happen and how has that changed your career?

L: Tik Tok influencers started making dances to my song while I was touring the country and for that to be my first single it made a huge impact on my career!

VS: Along with that, some of your music has a more R&B vibe, but “A.M.” has so much energy. How would you describe your sound?

L: I can really only describe it as genreless. My favorite thing to do when I’m making music is to fuse genres together and really just take what influenced me and put it into the songs that I make. There’s always going to be melody; there’s always gonna be an intimate feeling with my music

VS: Tell us about your new single “Make the Most” featuring H.E.R.

L: The idea behind “Make the Most” was simply that we only have one life to live so with whatever or whoever it is that you love make sure you make it known. Make sure you chase it, because tomorrow isn’t promised.

VS: Your debut EP Land of Nothing Real is set for release later this month. What can fans expect from the project?

L: I wanted to speak to the loners, so I focused on the concept of desire, love, and longing. In my perspective, a loner‘s true emotion is the desire for something more. Whether it’s another person‘s attention or trying to relate with their peers, there’s always a “want” in a loner’s life.

VS: You’re not only a songwriter for your own music, but you work behind the scenes with artists like H.E.R., among others. What does that process look like?

L: Writing with H.E.R. Is constant elevation! She has a huge respect and appreciation for music so working with her. the possibilities are endless of what we can create!

VS: Are there any other artists you’d like to collaborate with, either as a songwriter or a musician?

L: I want to collaborate with all the people who inspired me to follow my vision, both inside and out of music, and to trust in my gut and stick to the plan. Some of those people are Tyler, The Creator, ASAP Rocky, Pharrell, and Kendrick Lamar.

VS: Beyond your forthcoming EP, what’s next?

L: I’m constantly growing and evolving with my music, working with and building with others, so you will definitely see the growth in my sound. I’m also always looking for other creatives to build with, so you might just see an empire being built before your eyes.