A month following the selection committee's first-ever sneak preview of sorts, the final NCAA Tournament bracket is just days away from being unveiled.

As fans gear up for the 2017 edition of March Madness, we took another look at NCAA Tournament ticket trends since February's pricing preview.

As outlined in the map below, there have been purchases from NCAA Tournament fans in all 50 states, solidifying the notion that March Madness truly does take over the country each year.

The top 5 highest-selling states belong to those hosting various rounds of the tournament: 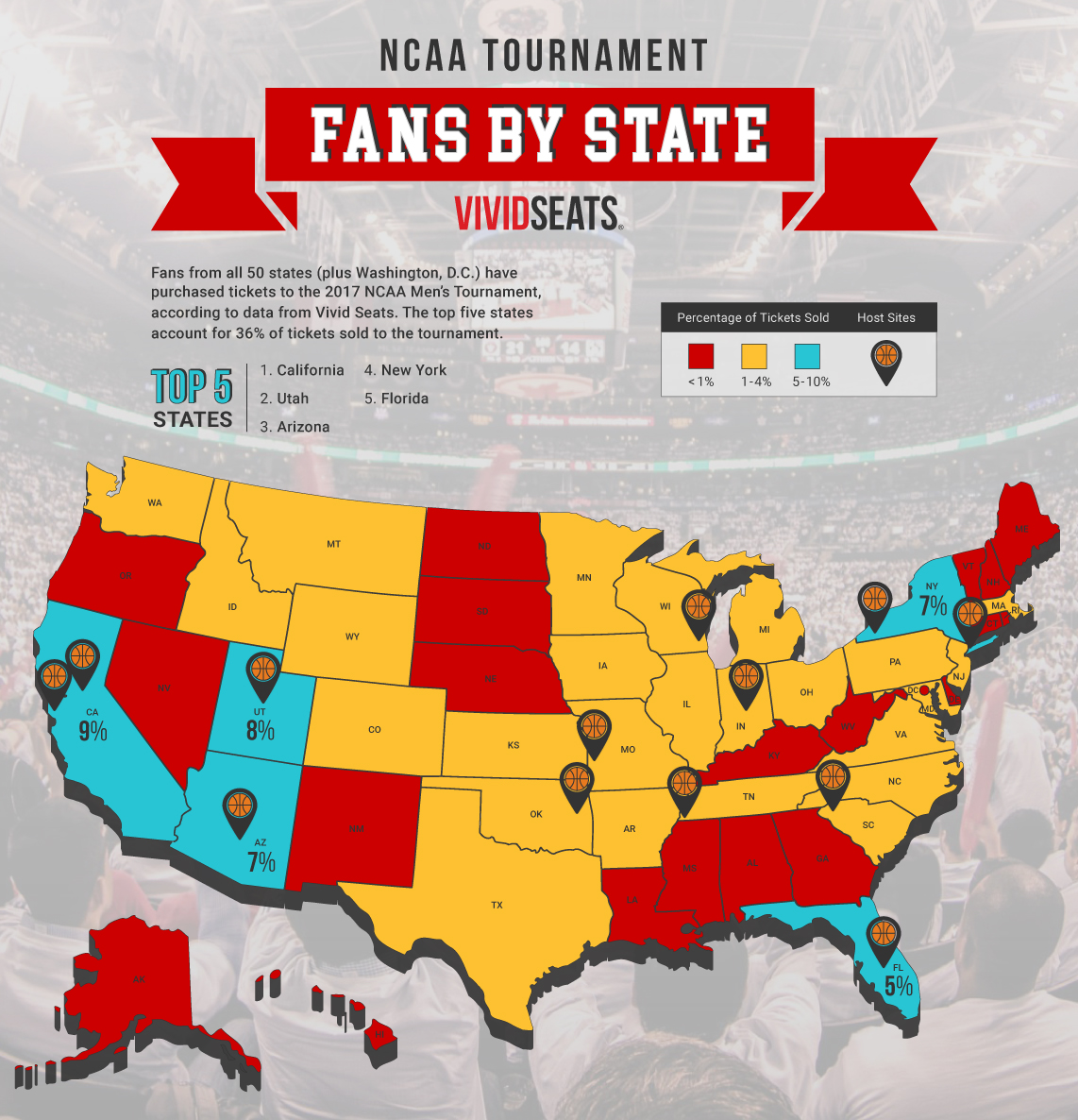 *As of March 8, fans have paid an average of $234 for tickets to first and second round games. Excluding "All Sessions" tickets, the average price paid is $141.

*In terms of tickets sold, first and second round host site Salt Lake City maintained its stance as the most popular of the group, likely due in large part to its projected hosting of potential No. 1 seed, Gonzaga.

*In terms of the average price paid thus far, Sacramento's Golden 1 Center leads the way at $302 while the BOK Center in Tulsa has registered the most affordable at $187.

*Looking ahead to the regional rounds, fans have paid an average of $389. Excluding "All Sessions" tickets, that price drops down to $268.

*Madison Square Garden in New York has accounted for 34% of all tickets sold to regional games.

*The Sprint Center in Kansas City has offered fans the most affordable average ticket price at $363.

If your team is projected to make a substantial run in this year's NCAA Tournament, take note of this stat: Over the past 4 years, the average cost to attend every session featuring the championship-winning team was $1,405.

Read more: What it Costs to See a Champion: Final Four and National Championship Game

The buzz surrounding Glendale's first-ever Final Four has been apparent in organic search traffic, with searches around Final Four ticket-related keywords up 50% YOY over the last nearly three months (1/16-3/8).