The 2017 college football season is set to kick off in a big way with neutral site season openers and major early-season matchups driving strong interest from enthusiastic fans. And Vivid Seats offers an insider’s look at how conference favorites are stacking up, from top-selling season openers and hottest regular season matchups, and how much fans are paying to be a part of the action.

According to Vivid Seats ticket sales data, the following are the top 10 season openers based on the number of tickets sold to date: 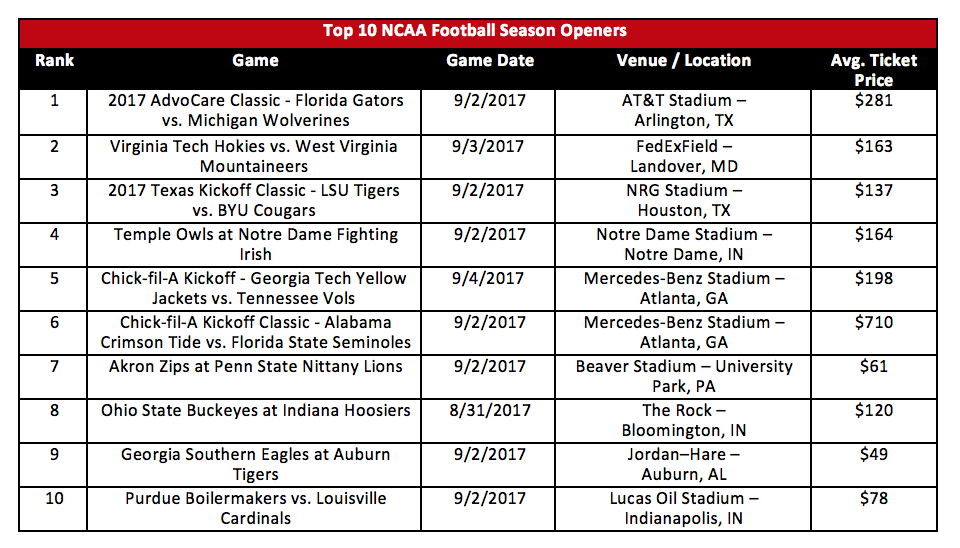 Notable insights and trends include: 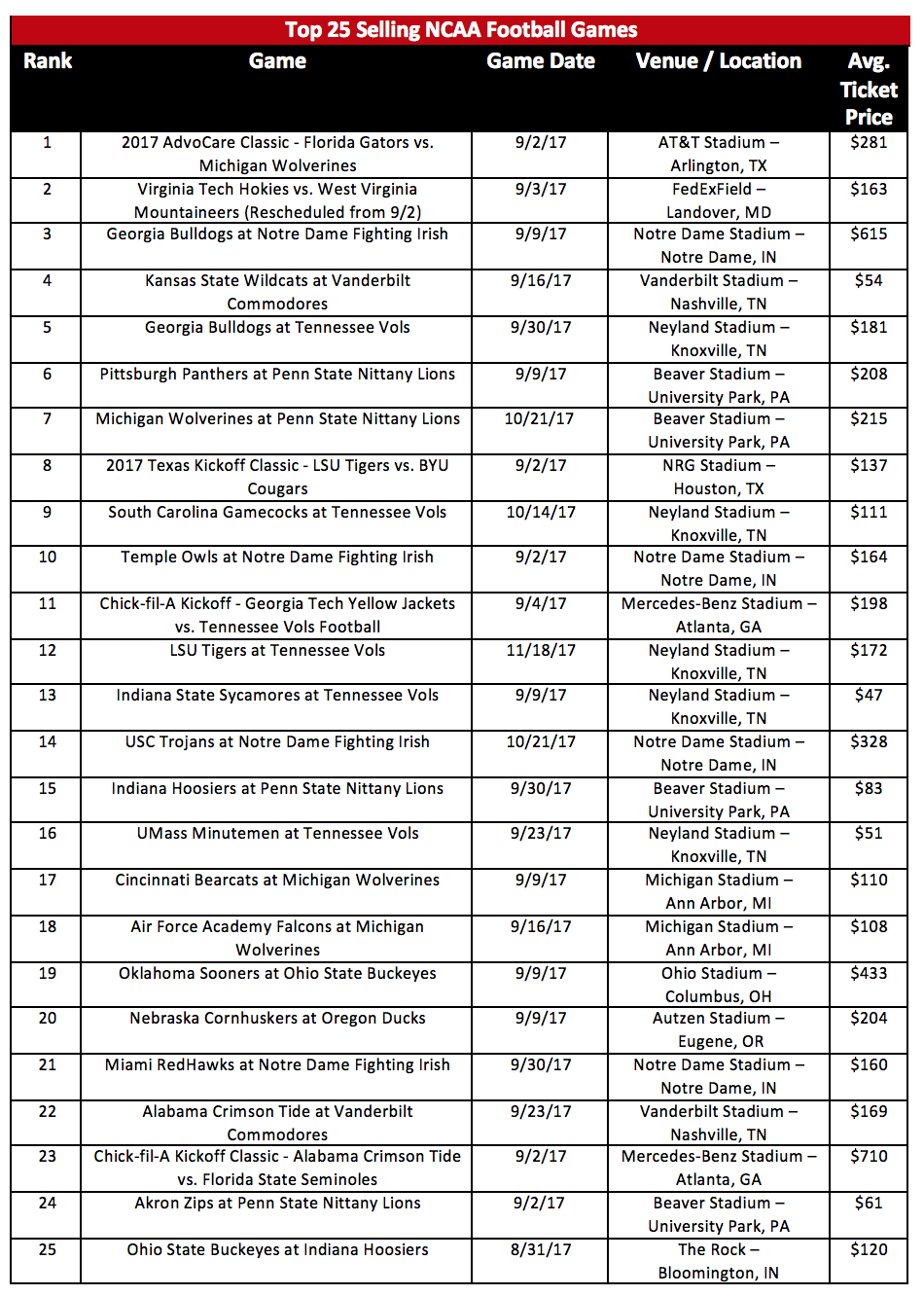 To find tickets to see your favorite college football teams play in this season, visit: www.vividseats.com/ncaaf/