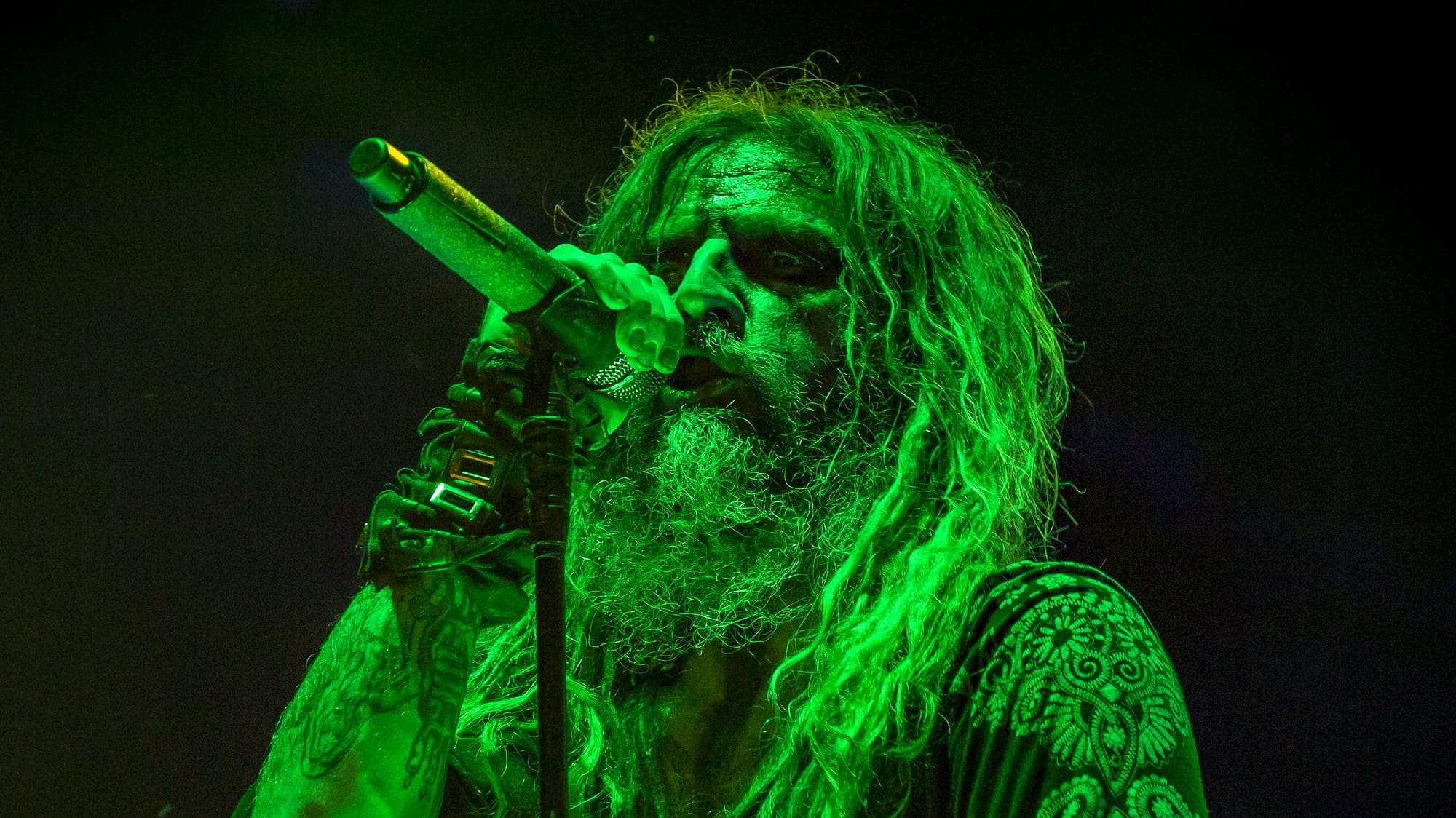 From his time as a founding member of White Zombie to later years as a solo artist, tireless entertainer Rob Zombie has remained a steady fixture at the helm of the heavy metal/alternative rock genre. No matter the avenue, success and new opportunities have followed the performer, as in addition to his contributions to the music industry, Rob Zombie also has found time to delve into the horror movie genre in various capacities. His directorial debut came via 2003’s House of 1000 Corpses, while later efforts have included “The Devil’s Rejects” and reboots of the “Halloween” franchise. In 2018, Rob Zombie and Marilyn Manson announced the Twins of Evil – The Second Coming tour with Marilyn Mason. Following the success of his tour, Rob Zombie released his latest record in March 2021, The Lunar Injection Kool Aid Eclipse Conspiracy, which is the seventh studio album of the veteran singer. In %thisYear, Rob Zombie is headlining a summer tour alongside Mudvayne, Static-X and Powerman 5000. See what this multi-talented artist has in store for the stage by purchasing Rob Zombie tickets from Vivid Seats. Being there is all that matters!

How to Get Rob Zombie Tickets

How Much Are Rob Zombie Tickets?

No matter what you're looking to spend, Vivid Seats has tickets to fit your budget. Currently, Rob Zombie tickets at Vivid Seats start at $35, with an average price of $1022.

When Is the Next Rob Zombie concert?

Rob Zombie will be taking the stage on July 20 at Hollywood Casino Amphitheatre in Maryland Heights, Mo. Rob Zombie will then head to Noblesville, Ind., Charlotte, Tampa and Atlanta, among other cities.

Are Rob Zombie Tickets Sold Out?

If you're a Rob Zombie fan and a Hard Rock lover in general, check out tickets for some of the top Hard Rock acts who have recently announced tours:

Rob Zombie Tour Dates will be displayed below for any announced 2023 Rob Zombie tour dates. For all available tickets and to find shows near you, scroll to the listings at the top of this page.