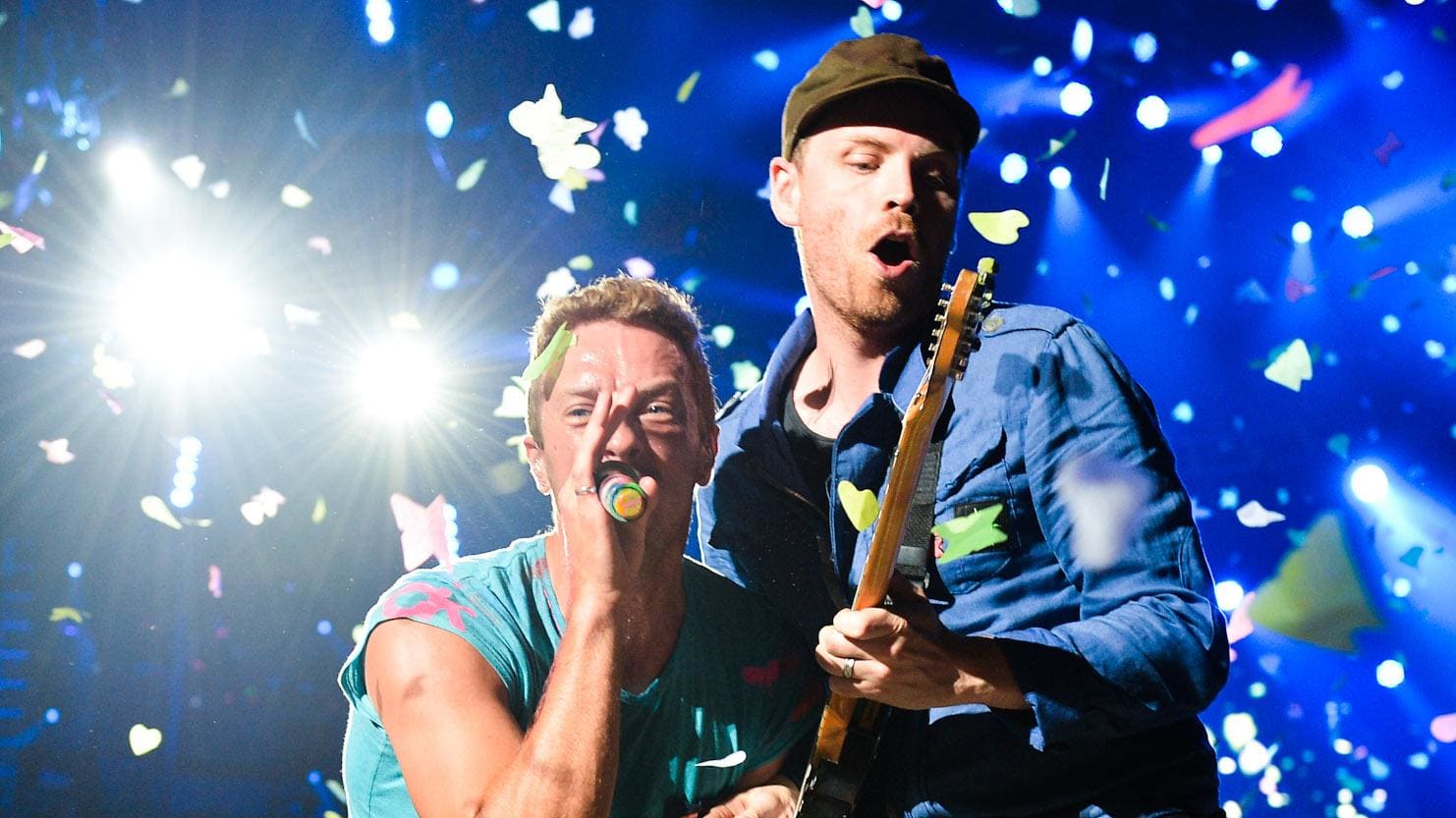 BC Place Stadium - Vancouver, BC, CA

BC Place Stadium - Vancouver, BC, CA

One of the most popular acts on the global stage, Coldplay has been at the top of its game since hitting No. 1 on the U.K. charts with its 2000 debut, “Parachutes.” In later years, the GRAMMY-winning alternative rock outfit has maintained a high level of international success, thanks to the popularity of artfully crafted hit singles like “Viva La Vida,” “Clocks,” and “A Sky Full of Stars.” Fans never tire of seeing Coldplay at concerts and festivals such as Lollapalooza, especially since Chris Martin, Jonny Buckland, Guy Berryman and Will Champion keep things fresh by taking new spins on these fan-favorite classics, along with hit collaborations with artists like BTS and Kygo. In 2021, Coldplay announced a return to the US, with its 2022 Music Of The Spheres World Tour. After declining to tour in support of their album, Everyday Life, for environmental reasons, the band have pledged to cut tour emissions by 50 percent, with each show powered exclusively by renewable, super-low emission energy. Coldplay's Music of the Spheres World Tour was partly be powered by a dancefloor that generates electricity when fans jump up and down, and pedal power at the venues. Shop for Coldplay tour tickets on your own through our online marketplace, but know that assistance is available through our in-house support team seven days a week. Reach us by connecting to Live Chat or calling 866.848.8499. Your order is guaranteed to arrive in time for the Coldplay concert you’ve selected after the seller confirms the seats you’ve chosen are available.

How to Buy Coldplay Tickets:

How Much Are Coldplay Tickets?

No matter what you're looking to spend, Vivid Seats has tickets to fit your budget. Right now, the cheapest price for Coldplay tickets is $75, with an average price of $1604. Coldplay ticket pirces will fluctuate based on many factors such as inventory and demand, so be sure to buy tickets to a Coldplay concert before it's too late!

There are always great deals to be found at Vivid Seats. Right now, the cheapest price for Coldplay tickets is $75 Prices will fluctuate based on many factors such as inventory and demand, so be sure to get your cheap Coldplay tickets before it’s too late!

Yes! Coldplay Music Of The Spheres World Tour dates for 2023 are available now.

Coldplay floor seats can provide a once-in-a-lifetime experience. Often, floor seats/front row seats can be some of the most expensive tickets at a show. Sometimes Vivid Seats offers VIP Coldplay meet and greet tickets, which can cost more than front row seats or floor seats. The maximum price tickets for Coldplay concerts could be front row or center stage tickets. Exclusive VIP packages may also be available.

When do Coldplay Tickets Go on Sale 2023?

Coldplay tickets 2023 are on sale now at Vivid Seats. Coldplay presale tickets also may be available for purchase from fans with a presale code.

Typically scheduled in support of a new album, Coldplay tour dates tend to be amongst the most lavish and intricate of any on the live circuit. From mesmerizing LED wristband light shows to surprise confetti, balloons, lasers, and more, Coldplay concerts offer live music fans an experience that is simply unmatched. Here's a list of recent Coldplay tours:

Coldplay Tour Dates will be displayed below for any announced 2023 Coldplay tour dates. For all available tickets and to find shows near you, scroll to the listings at the top of this page.