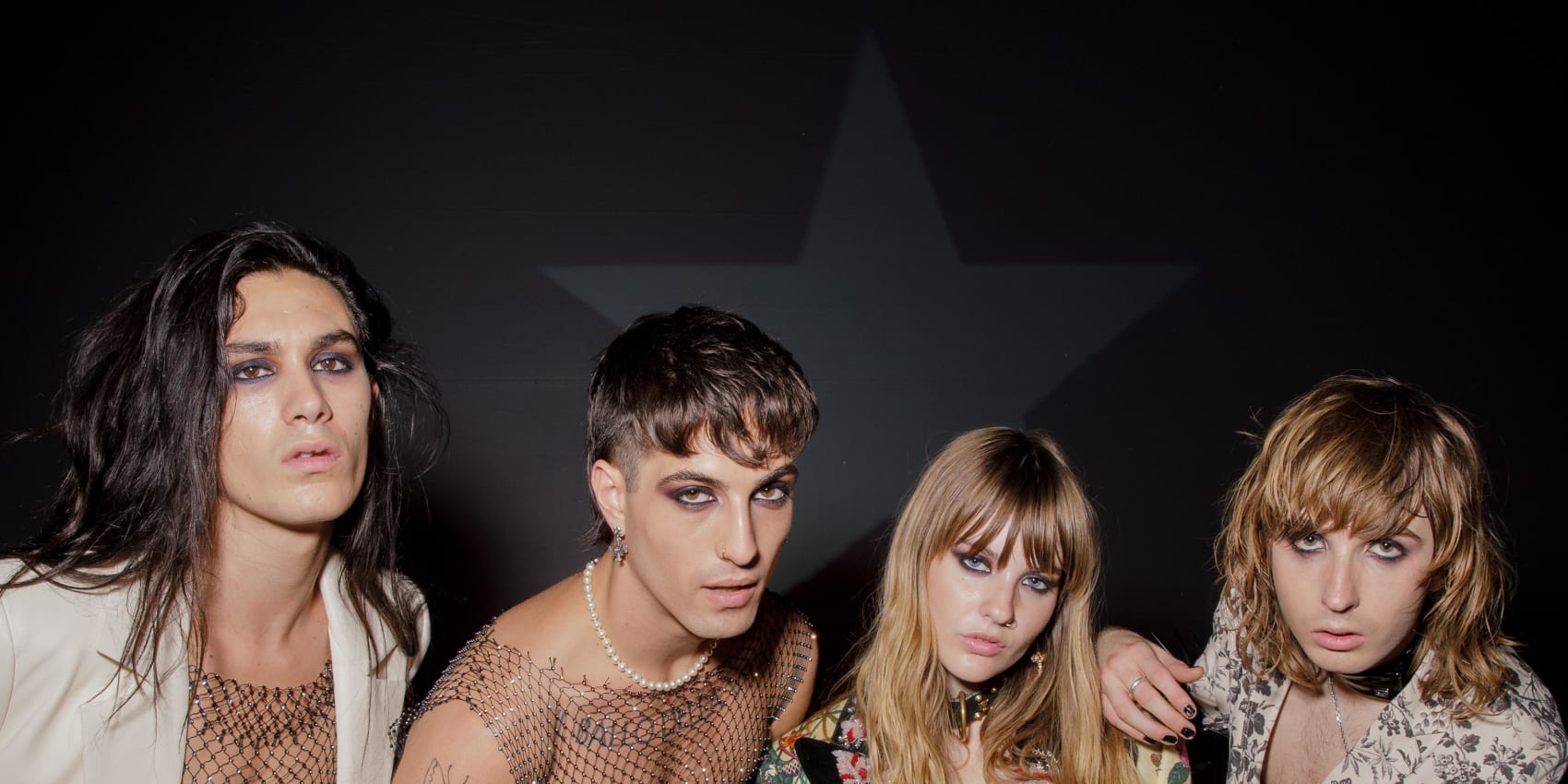 Formed in 2015, Maneskin's rise to fame is one for the story books. The group met as young teenagers in Rome. De Angelis went to high school with singer Damiano David and guitarist Thomas Raggi. They later found drummer Ethan Torchio, filling out the band's lineup. In 2021, the group won this year's Eurovision Song Contest thanks to their fiery anthem "Zitti e Buoni." After the contest, Maneskin has continued to rise through the charts. They have three songs in the upper tiers of Spotify's global chart; their Four Seasons cover, "Beggin,'" nabbed the Number One spot away from Oliva Rodrigo's "Good 4 U" earlier this month. Their latest single, "I Wanna Be Your Slave," has also hit the Top 10. In 2021, Maneskin released their album Teatro D'ira: Vol 1 (Theater of Wrath), and are ready to take on the world. In 2022, the virual Italin rock outfit will now play their first ever North American tour, with an apperance at Coachella 2022. When you use Vivid Seats, you can experience a Maneskin concert live. Being there is all that matters!

You can buy Maneskin tickets from Vivid Seats with confidence thanks to the Vivid Seats 100% Buyer Guarantee.

Additionally, Vivid Seats was named No. 1 in the ticketing category on Newsweek's list of Best Customer Service in both 2020 and 2021.

How to Buy Maneskin Tickets 2022

How Much Are Maneskin Tickets?

No matter what you're looking to spend, Vivid Seats has tickets to fit your budget. Currently, Maneskin tickets at Vivid Seats start at $23, with an average price of $1027.

How to Buy Cheap 2022 Maneskin Tickets

When Is the Next Maneskin concert?

Maneskin will be taking the stage on Oct. 31 at the Paramount Theatre in Seattle. They will then head to San Francisco, Phoenix, Salt Lake City and Denver, among other cities.

Yes! Maneskin 2022 tour dates are available now! The Loud Kids Tour kicks off on Oct. 31 at Paramount Theatre in Seattle and concludes on Dec. 16 at The Theater at Virgin Hotels in Las Vegas.

Maneskin floor seats can provide a once-in-a-lifetime experience. Often, floor seats/front row seats can be some of the most expensive tickets at a show. Sometimes Vivid Seats offers VIP Maneskin meet and greet tickets, which can cost more than front row seats or floor tickets. The maximum price tickets for Maneskin could be front row or center stage tickets.

Are Maneskin Tickets Sold Out?

Even for popular Rock events like Maneskin concerts, the Vivid Seats ticket marketplace usually has tickets.

When do Maneskin Tickets Go on Sale 2022?

Maneskin concert tickets 2022 are on sale now at Vivid Seats.

If you're a Maneskin fan and a Rock lover in general, check out tickets for some of the top Rock acts who have recently announced tours:

Maneskin Tour Dates will be displayed below for any announced 2022 Maneskin tour dates. For all available tickets and to find shows near you, scroll to the listings at the top of this page.