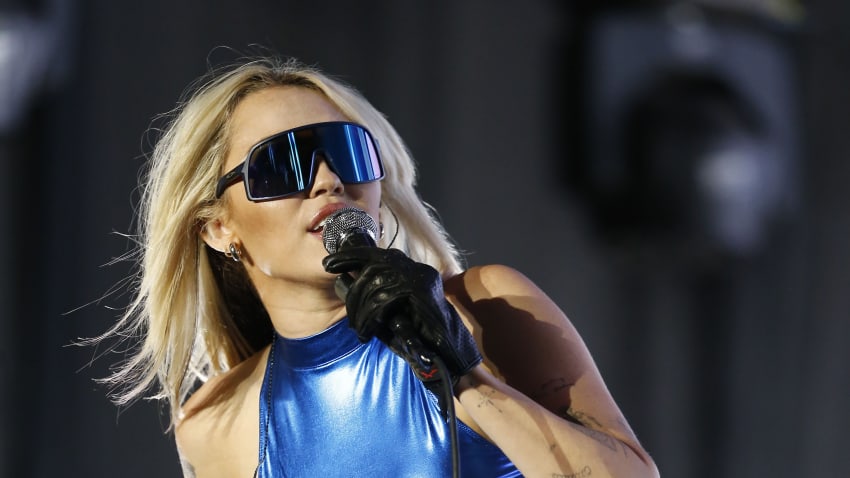 Noted for her powerful vocals and wild live performances, Miley Cyrus is one of the most influential artists in pop culture. Born into a musical family, Cyrus began performing at a young age, including an apperance opposite her father Billy Ray Cyrus on his hit show Doc. But it was her leading role in the Disney Channel show Hannah Montana that brought this Tennessee native into the national spotlight. From teen idol to serious pop star, Cyrus has carried a number of singles to massive international success, including early favorites like “Party in the U.S.A.” and “Can’t Be Tamed.” She has six #1 albums, including her 2013 Grammy-nominated album Bangerz. In 2020, Miley dropped her highly anticipated 7th studio album, Plastic Hearts. The critically acclaimed album debuted at #1 on Billboard's Top Rock Albums char, and sixth #1 album. The album, which features collaborations with Billy Idol, Joan Jett and Dua Lipa, gives Miley the most top 10 album debuts on the chart for female artists this century. Throughout her career, Miley Cyrus has performed at a number of iconic music festivals, including Summerfest, Lollapalooza, Music Midtown, Bonnaroo Music & Arts Festival

Don't miss your chance to see Miley Cyrus live where you can watch her masterful renditions of dance tracks like “SMS (Bangerz)” and ballads like “Wrecking Ball,” and duet remixes like "Without You," with The Kid LAROI. If you have any questions about using our marketplace to buy Miley Cyrus tickets, you can reach our support team by phone (866.848.8499) or online through Live Chat.

How to Buy Miley Cyrus Tickets 2022

How Much Are Miley Cyrus Tickets?

No matter what you're looking to spend, Vivid Seats has tickets to fit your budget. Miley Cyrus ticket prices are currently unavailable, please check back at a later date.

No matter what you're looking to spend, Vivid Seats has you covered, with options for cheap Miley Cyrus tickets.

When Is the Next Miley Cyrus concert?

Vivid Seats has full Miley Cyrus tour info for all announced shows. Scroll up to see the next available Miley Cyrus concert.

Are Miley Cyrus Tickets Sold Out?

When do Miley Cyrus Tickets Go on Sale 2022?

Miley Cyrus has had an impressive five sold-out world tours throughout her career. Here's a breakdown of some of the pop star's most recent tours:

If you're a Miley Cyrus fan and a Pop lover in general, check out tickets for some of the top Pop acts who have recently announced tours: