Most careers can be captured on a resume. Alexander Fruchter's story is best described by a well-curated discography. From co-founding the wide-ranging record label Closed Sessions to teaching music business courses at Columbia College Chicago, Fruchter can’t be contained to a single title. Also known by his stage name, DJ RTC, Fruchter has been a fixture in the Chicago music scene for over a decade thanks to his work as a DJ, writer, and professor. Vivid Seats sat down with the music master to learn more about his varied career path, love for Chicago hip-hop, and upcoming professional pursuits. 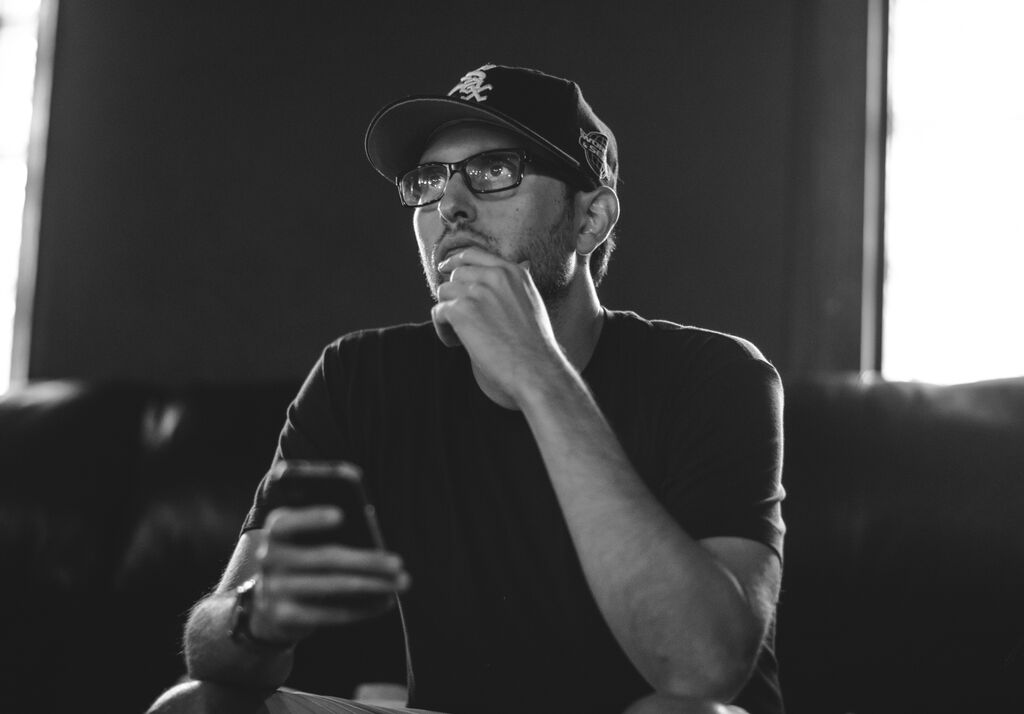 Vivid Seats: Take us back to the beginning. How did you get started in the music industry?

AF: I was a serious music nerd growing up. I was the type of kid hanging out at the record store regularly, searching out music and devouring liner-notes. I spent a lot of time digging for music beyond what was on the radio or MTV. That passion eventually led me to writing as I attempted to chase down my favorite artists for interviews. At the same time as I was starting my writing career, I also began DJing and creating mixtapes with emerging artists. I also wrote bios for local artists, business plans for start-ups, I even worked as a secretary and ran an immigration-news blog to get things going. I was pretty much doing anything I could to find my niche and get involved. That was the beginning of everything for me.

VS: You’ve cultivated an expansive career in music, with label founder, music writer, college lecturer, and artist manager being just a few of your titles. Can you walk us through a day in the life of Alexander Fruchter?

AF: Every day starts and ends the same way for me: walking my Beagle, Charlie Brown. In-between those two walks can be a myriad of adventures. Monday through Wednesday I teach music business courses at Columbia College. Thursday and Friday I'm at the Closed Sessions office, and on the weekends, anything is possible. What’s interesting about teaching and running Closed Sessions is that neither job really as an “off-time.” I kind of keep a running dialogue in my head of things I want to do in the classroom, at the label, and just on my own as a writer or creative. I’ve been writing a lot more lately. I've also been building out my Legend Conversation series and lending my talents to other projects. It’s an exciting time, and I feel like a lot of doors are opening for me. Each day seems to bring something new and different -- in-between walking my dog.

VS: How do your different brands and job titles interact with each other?

AF: That’s an interesting question. My work and experiences in the music business allow me to bring knowledge and perspective into my classroom. Not only am I able to understand the “text-book” version of the music industry, I can talk to my students about these theories in practice and how they translate to the real world. My value as an educator comes a lot from my experiences and position at Closed Sessions. In addition, many of my students are at Columbia in order to figure out where they fit in the music business. They can see me as someone similar, that was not much different from them at their age. I tried my hand at all kinds of things in this business. I understand where they are at, and where they hope to go. On the flipside, being at Columbia keeps me sharp and present. It forces me to manage my time better and think about the music business from multiple angles. It is one thing to practice the craft, it's another to explain the craft to someone else. At the end of the day, a lot of what I do is about making people care. I need to make my students care about our class and their work. I need to make music fans and industry people care about our artists and the music we are releasing. Writing and DJing is the same principle as well and storytelling is a running theme. It’s the same core principles, just different audiences.

VS: Let’s talk about your label, Closed Sessions, which just celebrated its tenth birthday this year. How has the label expanded since launching in 2009?

AF: In 2009 we were just “doing it.” There wasn’t much thought beyond a desire to be in the studio with artists we thought were interesting and create new music and content. In the 10 years since, we have learned a tremendous amount about how to run a label and truly support artists. We have expanded in what we are able to offer artists as well as fans, and we have gotten much better at what we do.

VS: What is the label's process for sourcing up-and-coming talent?

AF: For me, it's not about sourcing talent. I don’t really think of it that way. All the artists that we have worked with and released music from have found me in one way or another. I put a priority on being aware, being open to new opportunities, and being able to recognize when the talent presents itself. Some artists send me demos and that sparks a relationship, other artists I’ve known for years through rubyhornet, or they may be a SoundScape client. Some of them were regulars at Closed Sessions parties and I got to know them that way. Others come via the recommendation of an artist we’ve worked with in the past, and I’ve even found artists through my classroom. It just clicks.

VS: What has it been like watching artists who got their start at Closed Sessions grow into their success, like Freddie Gibbs and Vic Mensa?

AF: It’s great to see. These are real people who we worked with at the very beginning of their careers. We had many aspirational talks and saw the baby steps. For anyone to achieve their goals or actualize their vision in this field is excellent and should be celebrated. There’s also a little bit of affirmation there for me, as well. Some of the artists absolutely crushing it today are ones I was screaming about for years and being laughed at. Now, it’s like, “Yeah, I do know what I’m doing in spotting talent and cultivating relationships.”

AF: Great question. You can expect more new music from us. We just released a great psychedelic-pop album from Jack Larsen called Mildew. And he’s going to get on the road with that soon. We also just dropped a 10-year Anniversary Coffee with Dark Matter that includes a rare double 7-inch pressing of some Closed Sessions classics featuring Raekwon, Action Bronson, and others. We have some new artists that we are excited to work with and just more quality music from important voices.

VS: With only two months left in the decade, what are some of your favorite music moments from the 2010s?

AF: Wow. Honestly, this whole decade is a blur. From a personal standpoint, being in the studio with some of the artists I grew up listening to like Wyclef Jean and Raekwon from Wu-Tang Clan stand out. Having a front row seat to Chance the Rapper’s rise, and the whole explosion of the Chicago hip-hop scene around 2012 was incredible and something I feel very fortunate to be a part of. Being part of Chicago hip-hop has given me so much I even met my wife through all this!

VS: What's the best live show you saw this year?

AF: That’s a tough one, but I am going to say Lil’ Wayne at Lollapalooza. I’d never seen Lil’ Wayne before. He hit the stage with great energy, great vibes, and he just has so many hits. Another stand out was Michael Che and Cipher Sounds at Lincoln Hall. Obviously, that's not a concert, but it was awesome. Cipha Sounds was hilarious and used music to make some unforgettable moments.

VS: Who are some artists we should be paying attention to?

AF: Since the last few months of my life have been consumed by Jack Larsen and his debut LP, Mildew, I’m going to stick with him. Everything else is kind of a blur right now.

The Kid Laroi Tour 2022: The End of the World Tour Dates, Tickets

Kanye West Tour Rumors: Will Kanye Have a Donda Tour in 2022?

Tyler, the Creator Tour 2022: Call Me If You Get Lost Tour Dates, Tickets