The Stadiums That Never Were

Baseball stadiums are synonymous with the sport – and in spite of widespread TV viewership, they still pull in an average of 30,000 fans per game. From Yankee Stadium to Wrigley Field, they’re instantly recognizable to fans.

But not every design made it off the drawing board. So, with a bit of digital help, we’ve imagined how seven of the most interesting unbuilt stadiums across the country would look today.

The Dodgers’ future could have been quite different if this 1956 design was passed. Envisaged for a site in downtown Brooklyn between Atlantic and Flatbush Avenues, it would have been the first domed stadium in the world, using a lightweight aluminum structure to cover the field in poor weather. However, city planners disagreed with redevelopment of the plot, and so the team’s majority owner, Walter O’Malley, relocated the team to Los Angeles instead. 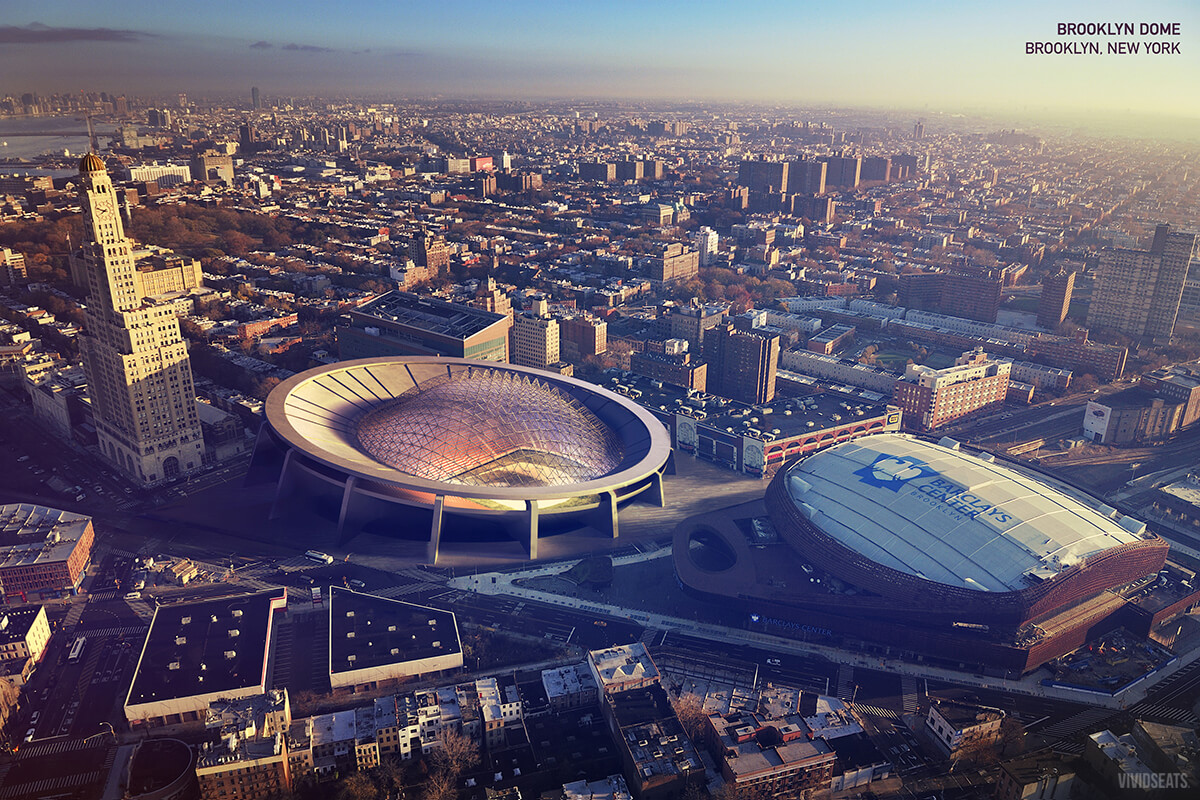 The Tampa Bay Rays’ management suggested this design in 2007. It would have sat on Al Lang Field, just opposite Demens’ Landing and the Mahaffey Theater. Its light, airy design, with a sail-like retractable roof and an open side overlooking the water, was intended to seat 34,000 spectators. The plan did gain momentum and was scheduled to open in 2012, but was shelved in 2008 after running into funding problems. 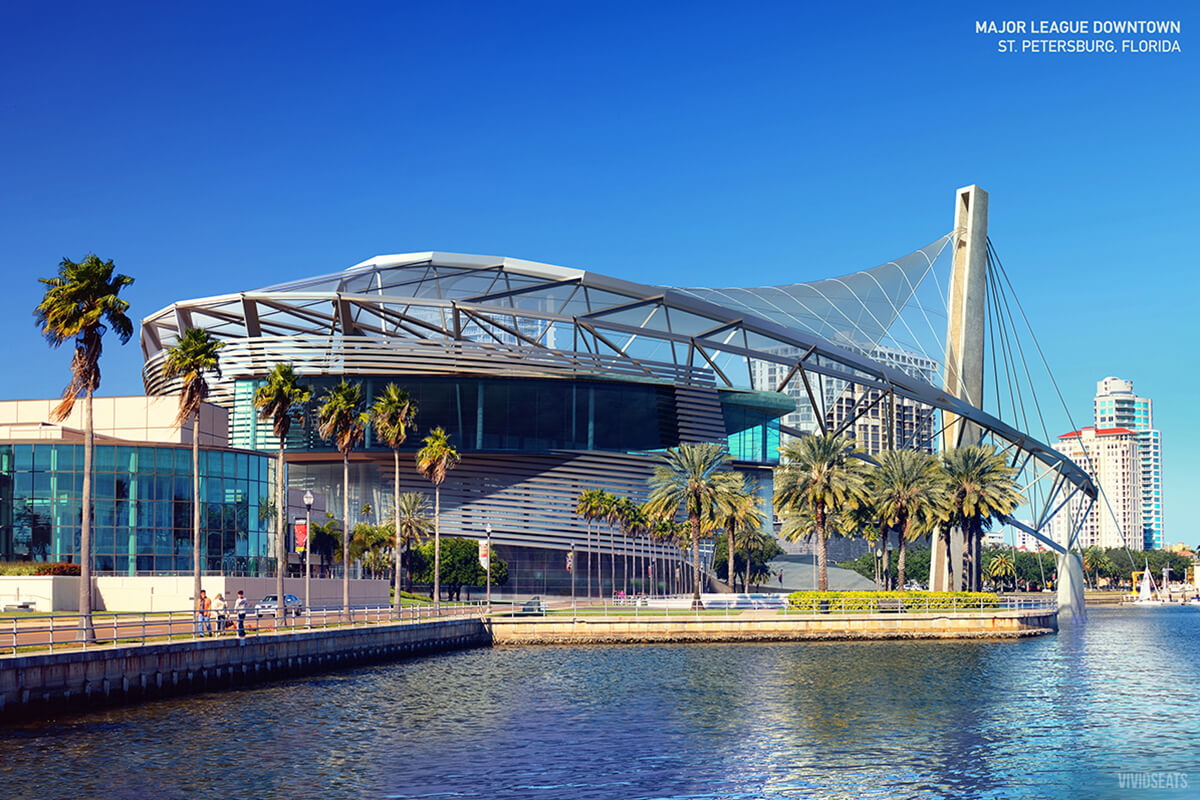 The Chicago Domes proposal came in 1985 from firm Skidmore, Owings & Merill. It was a dual concept design, housing both a baseball stadium with a capacity of 54,000 and a football stadium for the Bears with a capacity of 78,000. The two would share a moveable roof to keep dry. The backdrop of Chicago’s skyline would have been impressive, with its proposed location on Halsted Street in the West Side. 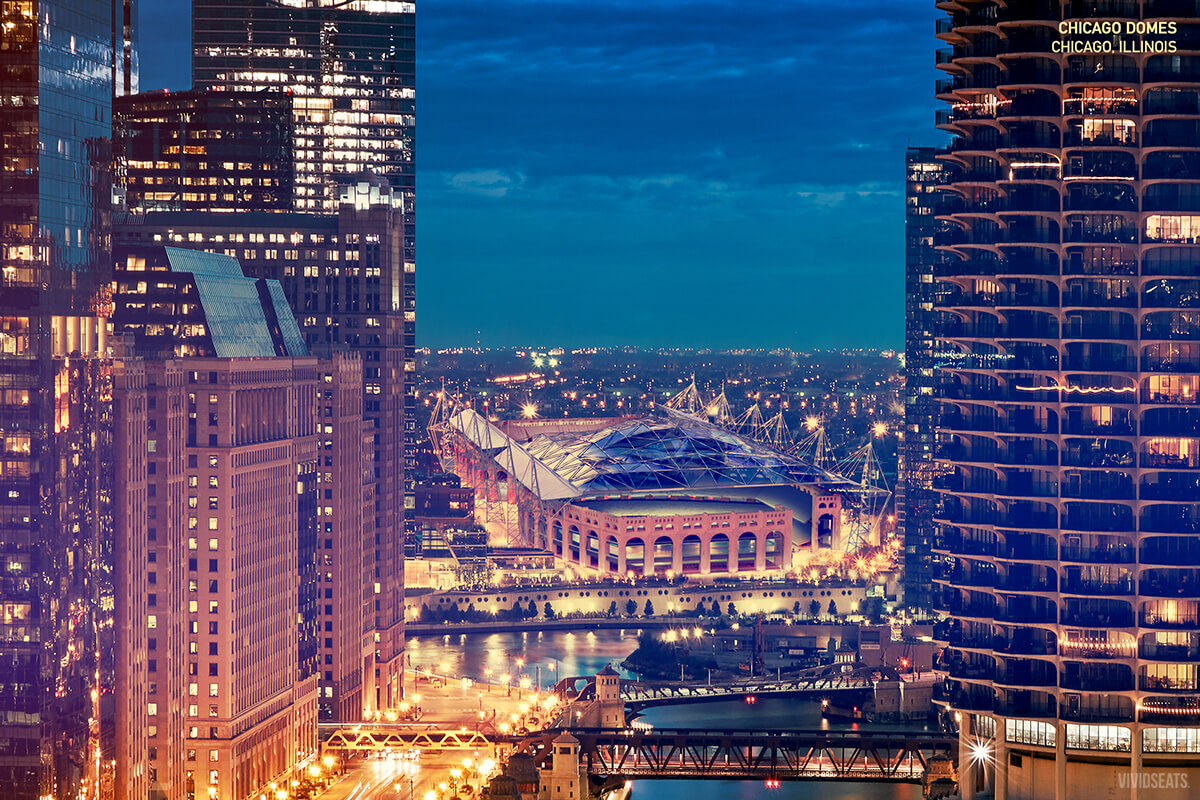 In Lower Downtown, just a few blocks away from what is now Coors Field, Jim Conrad proposed a new MLB stadium in 1990. The unusual design featured three axes running out from the circle of the field itself, one of which featured a helipad on its roof. A plaza with landscaping would have run up to the main entrance, and the remaining space would have been filled with parking. 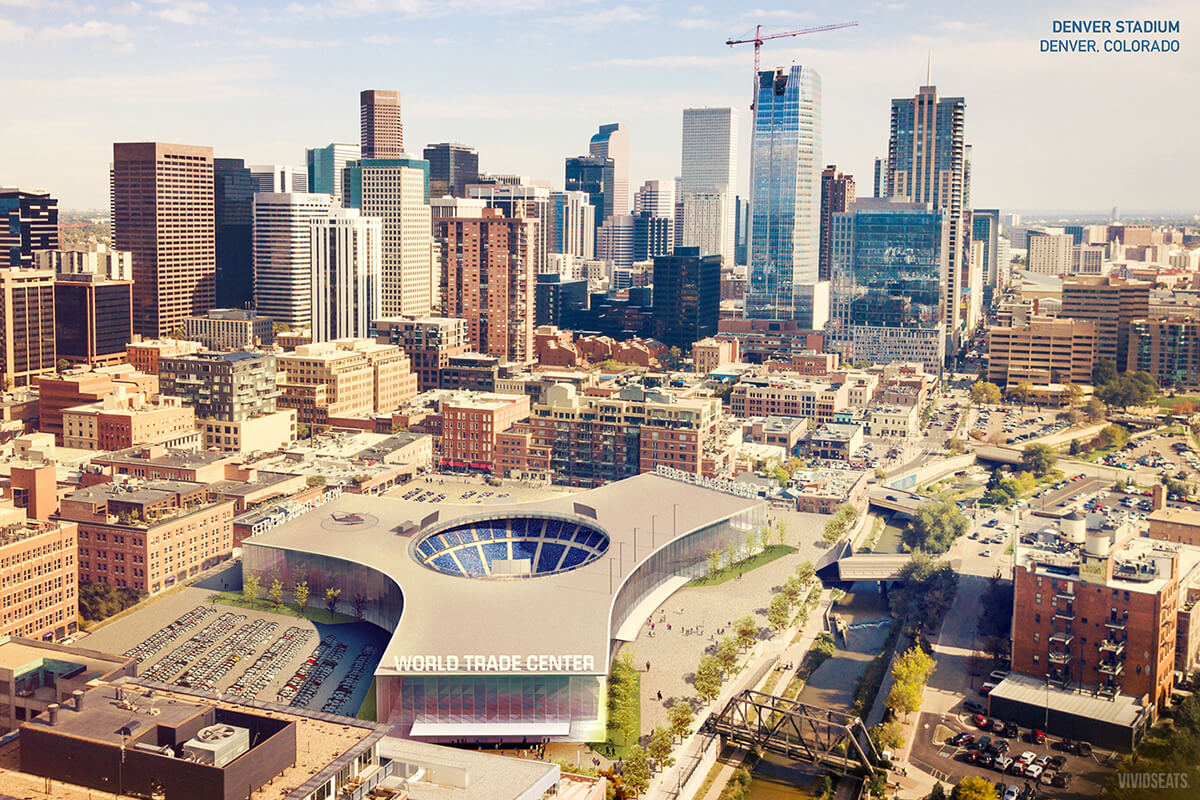 The planners of Boston Dome made sure to cover all bases. The stadium – proposed in 1965 and intended to sit along the I-90 (Massachusetts Turnpike) – was to host baseball and football, with a separate arena for basketball, hockey and even dog racing. Its unique dome was made up of 12 diamond-shaped, retractable parts that would all slide outwards to open in about 20 minutes. Outside, there was a plaza and plenty of parking for fans. 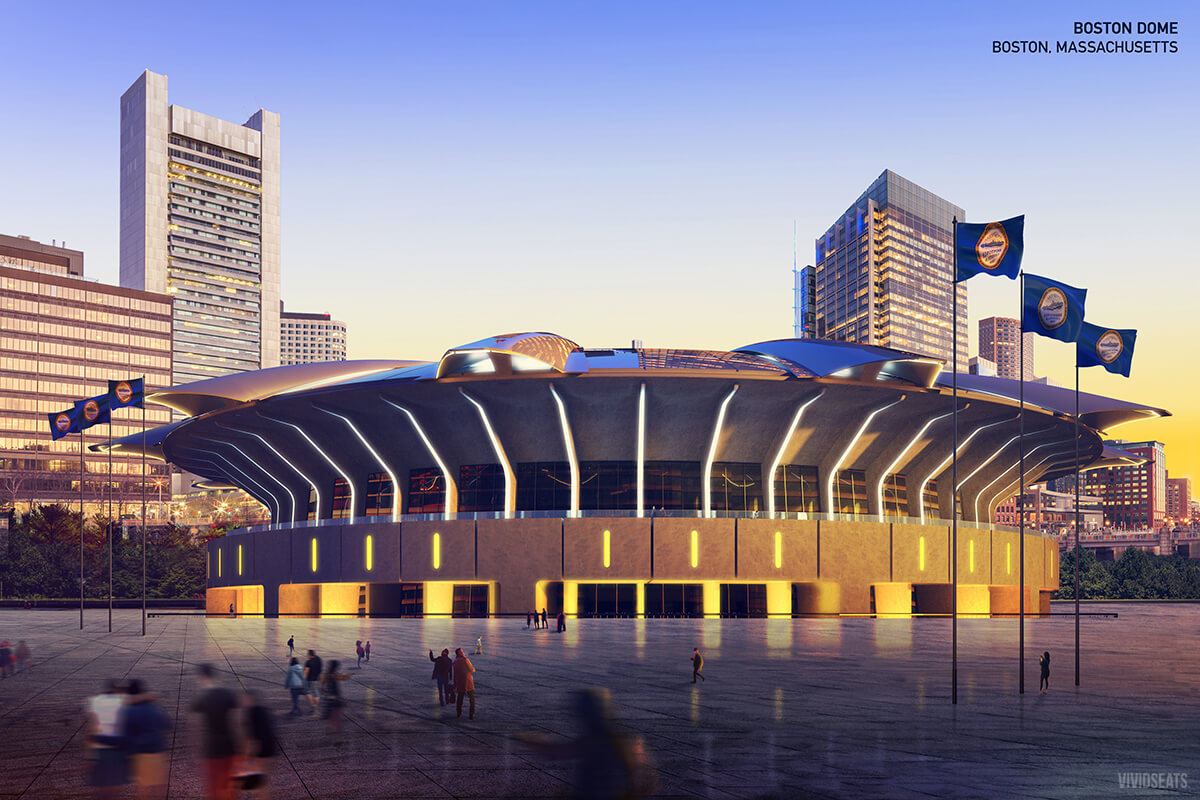 The Pontiac Silverdome, demolished in 2017, wasn’t the only proposal for the Featherstone Road site. The 1970s also saw a twin-use concept floated for the space. It would have contained individual baseball and football stadiums, each surrounded by a landscaped plaza. The two would share a rolling roof, which could move left or right to cover either one in the case of poor weather. 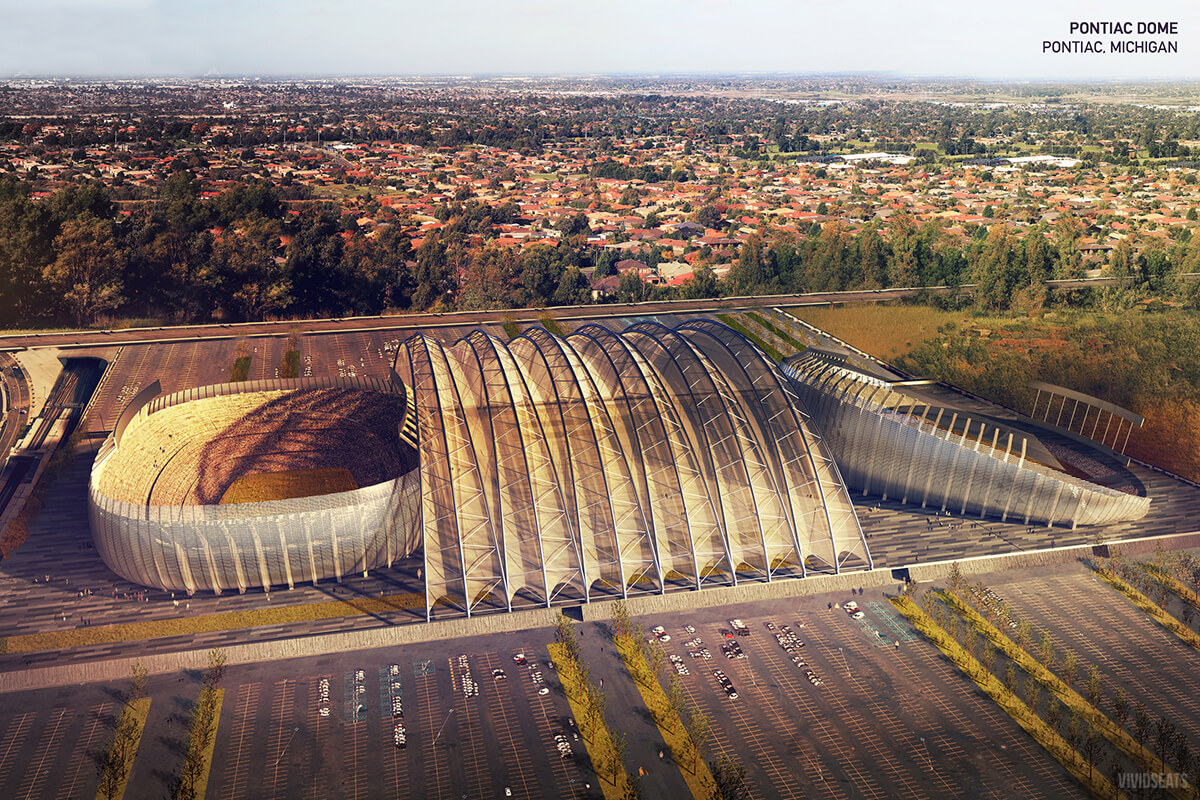 One of the most unusual designs, Pittsburgh Stadium solved the issue of finding space in premium locations by being situated directly over the Monongahela River. Where the Smithfield Bridge is today could have stood an entire stadium! Proposed in 1958, the design was futuristic and sleek and featured two towers, intended to be hotels, complementing the main stadium at the rear. The idea was finally dropped in the 1970s, when planners instead went with Three Rivers Stadium. 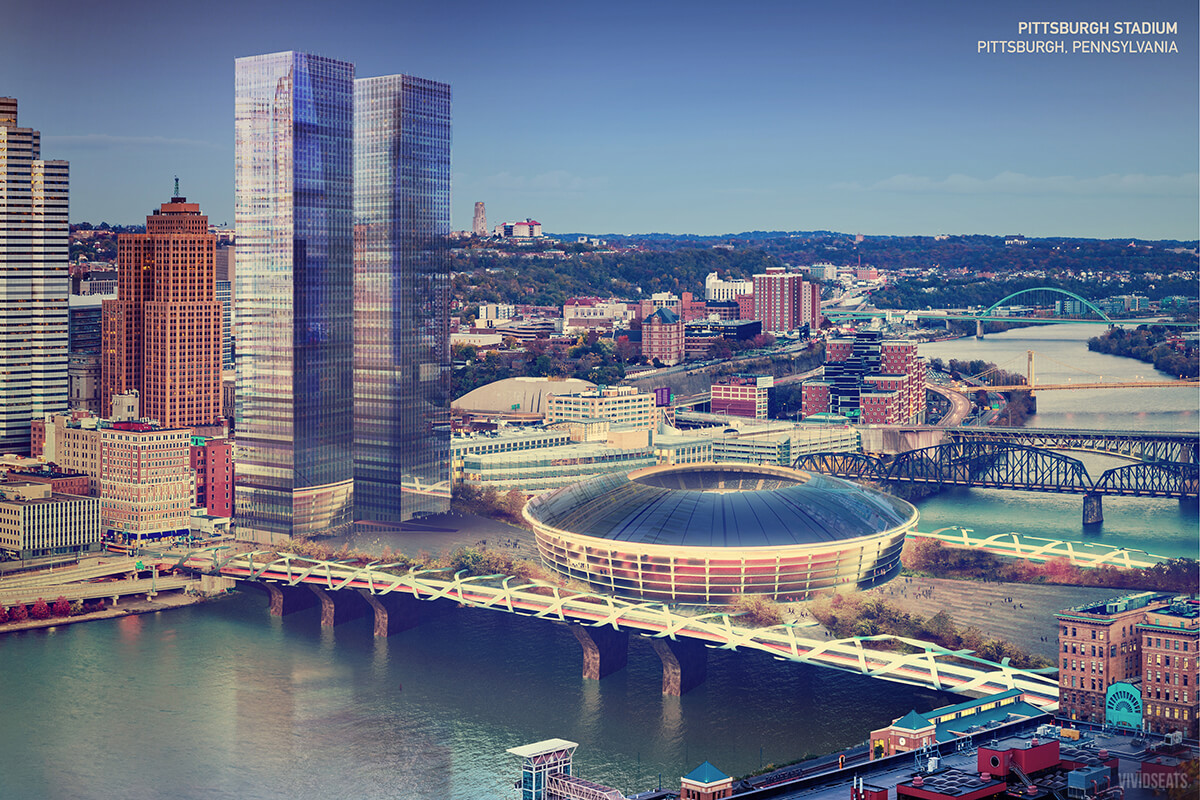 Some of these stadiums were groundbreaking proposals, while others unique designs reflecting the architectural trends of their decade. Despite the fact that none of them came to fruition, they’re all notable parts of the history of one of America’s most popular sports.

Gaines, C. (2011) Check out these incredible baseball stadiums that were never built. businessinsider.com

Weinstein, A. (2016) Pittsburgh once planned a 'Jetsons'-style stadium on top of river for Pirates. sportingnews.com

The Most Popular MLB Team by US County, State