Though she’s not even old enough to get into a bar, 20-year-old Gabi Sklar has already performed at The World’s Most Famous Arena and has seen her music featured in a major motion picture. The Long Island native has been pursuing her career since 13 and has juggled high school and college with business trips to Los Angeles, Nashville and Miami. Sklar chats with Vivid Seats on her songwriting process, which artists inspire her and what it’s like to step behind the mic at Madison Square Garden. 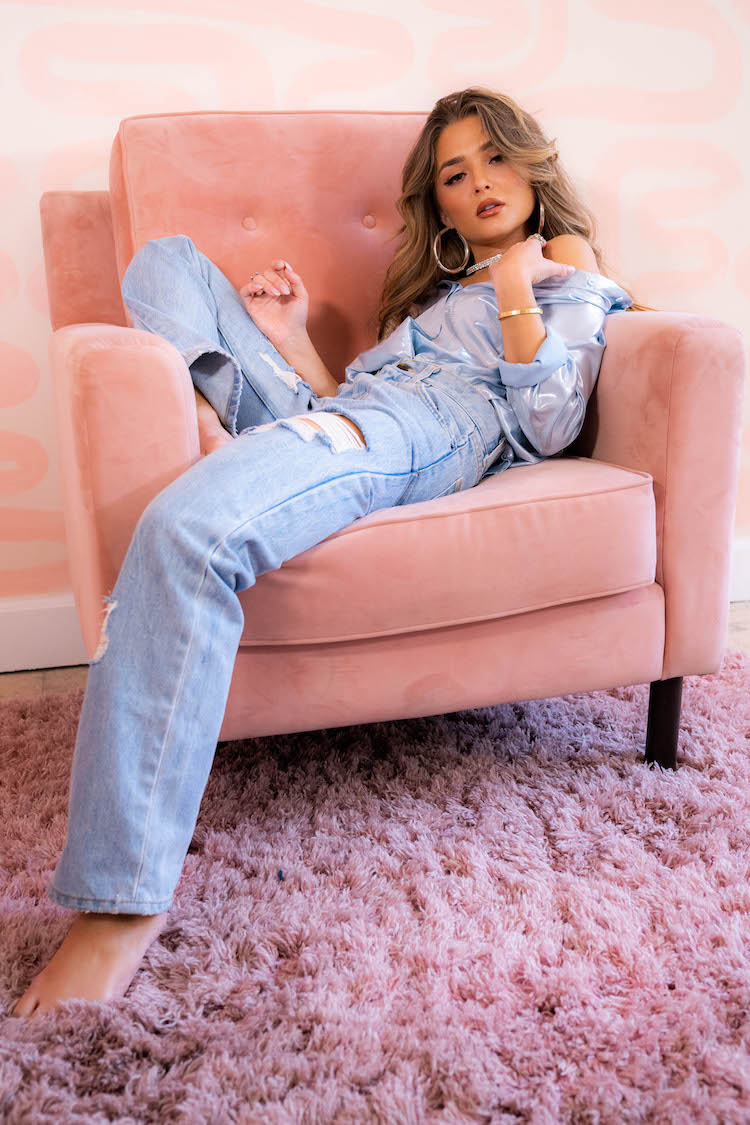 Vivid Seats: For those unfamiliar, who is Gabi Sklar?

Gabi Sklar: I am a 20-year old-singer/songwriter from New York. Essentially, music began as a hobby for me. I knew from a young age I wanted to spend the rest of my life singing and writing music for whoever would be willing to listen. When I was 13, I signed with my management and since then, it’s just been a crazy journey of ups and downs. I continued with public school at the time because education is the one thing just as important to me as music. Throughout high school, it was as though I had this entire other life that most people didn’t know about or understand. For two years, I was hiding the fact that I was missing classes for studio sessions in Los Angeles and Nashville. I definitely wasn’t living the regular teenage lifestyle but I wouldn’t trade that for anything because then I wouldn’t be who or where I am.

VS: Your song “Stay True” was featured in Marvel Rising. What was that experience like?

GS: It’s really funny actually, because I had written “Stay True” when I was 15 years old. When I recorded it with producer, Jonas Jeberg, I always saw potential in it but we kind of just put it on the shelf. Fast forward 2-3 years later, I was out of town and my manager was called into the Marvel office about the song. He called me up and explained the context of the series and the opportunity. It seemed like a perfect fit. Just because something doesn’t work at one point in time doesn’t mean it won’t work in the future. You never really know which things may resurface. I was always a big fan of Stan Lee’s work growing up and being a part of one of his last projects before he passed was surreal. It’s something that will always remain close to heart.

VS: Over the holidays you sang the national anthem at Madison Square Garden before a New York Rangers game. What is it like to perform at the World’s Most Famous Arena?

GS: Being a New Yorker, performing at Madison Square Garden has been a dream of mine since I could speak. I remember I had just landed from Miami to New York when I found out the news. It was the first text that popped up on my phone. I was traveling alone and sitting there crying happy tears. The people next to me probably thought I was crazy.

I’ve seen some of my favorite artists in that exact venue. Going from being in a crowd of 30,000 people to performing for 30,000 people is mind-blowing. There is nothing like a Ranger fan—they are completely wild and supportive. I take a lot of pride in that experience partly because I didn’t fall on the ice or mess up,  and I didn’t become a meme or a YouTube compilation, but mainly because it shows that no goal is too big. I’m only 20 years old and got an entire life to live. My next goal is to get up on that MSG stage and perform my own music.

VS: What’s the music-making process for you? You recently released a new single, “I’m Sorry You’re Boring”— Walk us through how you came up with that song.

GS: I was in a studio session in Los Angeles with Ryan Marrone, a producer I’ve worked with since I started out in the industry. He brought in a co-writer, JP Saxe, and we were just talking about life, dating, the usual. We went on a tangent about crazy dating stories—there were a lot of them—and for some reason, I recalled a friend’s story about some guy from Tinder. Ryan started building this really cool track and all the things we were saying in conversation, fluently translated to lyrics on paper. At one point, JP asked me “What do you say to someone who’s boring?” I responded with, “I’m sorry you’re boring?” and we had our hook. Sometimes, it’s that simple.

VS: You’ve been compared to a young Lana Del Ray. Who would you say are your musical influences?

GS: First of all, that is the biggest compliment ever, she’s super dope. I’ve come to realize I have a type. Most of my musical influences are badass female artists that have a definitive sound—essentially, everything I strive to do with my artistry and music. I love Lana, Stevie, Lennon, Miley, Dua, Ariana, Khelani… the list goes on and on. There’s also this side of me that adores alt. rock bands: The Killers, Arctic Monkeys, Nirvana…

VS: What’s next for Gabi Sklar?

GS: I’m just writing and working on my craft. I think through this dark, weird time we are going through as a society, being at home has oddly enhanced my creativity and all the good, weird parts of being an artist. I am releasing my next single, “All the Things You Never Say”, on May 1, leading up to my EP—"a hot mess”. I’m just excited for the next chapter and for those who have grown with me over the years to see what’s next. It’s the start of a new era.