With a somber Seattle sound, a hefty dose of East Coast grit, some quintessential Los Angeles style and a guitar, singer/songwriter Rence is out to change the world. The upbeat crooner, whose genre-bending music often contains a positive message, has been hard at work over the past few years developing a passionate following and a sound that’s all his own. Vivid Seats spoke with Rence about life as a musician, the evolution of his sound and more. 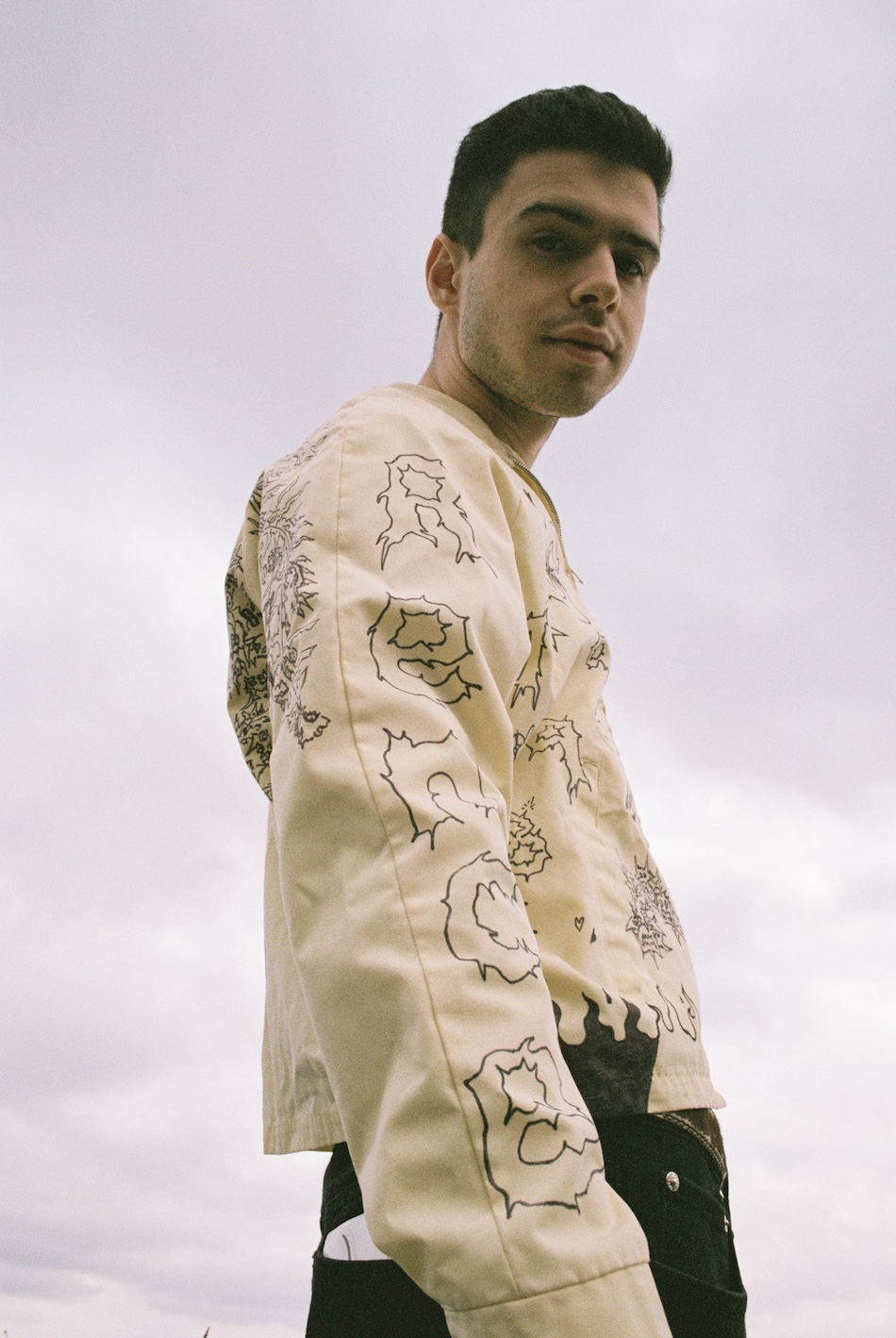 Vivid Seats: Take us through your story. Who is Rence?

Rence: Rence is a 22 year old trying to take care of the world and give back the energy and love he receives. However, Rence certainly wasn’t born when I was. I (Jackson) am a bi-coastal human who has followed many passions through my two-plus decades of life. I’ve run through many different musical aliases as I tried to figure out who I was and what - if anything - I needed to say. What started as solely a production project in Seattle has blossomed into the full artist project you witness and take part in now. Regardless of location or era, I always try and live with my ears, eyes and heart open so that I might give back the indescribable feeling that comes from music - one which I’ve been grateful to experience for so long.

VS: Let me get this straight: You graduated from New York University a year early while simultaneously building a career as an independent artist. How’d you manage all that at once?

R: With careful precision! Haha. You know, I found myself in New York City with a few burning passions and a lot of responsibilities. School has always been important to me (and my family) so seeing that through was a must. Living in NYC is expensive, so working full-time to support my life and passions was another must-do. Putting real attention and care into fostering loving relationships was another no-question, and music became and remained my No. 1 to-do. This meant finding peace amidst my own chaos and using some sort of centrifugal force to keep everything smooth and rolling. Hallelujah I did it haha.

VS: You were born in Washington D.C. and raised in Seattle; you conquered NYC and now live in L.A...man, you’ve been everywhere! How have all those various parts of the country helped define your sound?

R: Back and forth between coasts twice! I think shifting my home multiple times helped me develop a sense of that very home within me, rather than in a specific city. But each city brought with it a whole new world of sound and influence. I tend to say that Seattle holds the highest influence over my sound and me to this day because I was there during my real formative years - musically and otherwise. I mean, truly the only reason I found my way into music production was through an incredibly innovative music curriculum at my high school designed by my teacher and mentor Jill Wangsgard. So Seattle carries the most weight, but LA, NYC and DC all disseminated a myriad of people and culture to dig into and soak up.

VS: You’ve got a few projects under your belt. How has your musical style evolved over time?

R: I think the driving principles in my artistic expression are honesty and authenticity. With these as my central pillars, my sound changes as I change. My first projects as Rence - For Better or Worse & Pink - were products of all that I’d learned and had available to me up until those respective points (which quite honestly was not a lot). Then, as I grew and expanded my network of friends, resources, etc. the songs grew too - wider and deeper. Fall 2019 is my body of work which I associate the least with myself. I made the songs during what I now think was the darkest time of my life thus far, and it shows. The subject matter is heavy, weighed down by my realities of that time period. Since Fall 2019 I’ve fallen back in love with myself and the world, which I think really shines through from “Hate U BTW” to “Type 2” and onward.

VS: Speaking of style -- you’re always rocking a cool ‘fit in your music videos and on social media. Got any tips for us?

R: My only tip is be bold. Something I wrote down maybe five years ago that I try to stick to is: “I want to fit in less.” Stand out! Clothes and fashion are such incredible mediums of self-expression. Often, what you wear and who you are are synonymous - if only for that day. Make that count for something!

VS: I’ve heard you’ve got a new project on the way. Can you tell us anything about the creation of your new music?

R: Absolutely. Since I began making music even semi-seriously about nine years ago, I’ve always strived to make the absolute best art I can - and that is exactly what these new songs are too. They are the next level up from past work and the level down from my future. No concrete album on the way right now - just the best art I can muster with the people I love creating with, and some new friends too.

VS: Aside from the new projects, what can fans expect from you over the coming months?

R: Well - I was supposed to be on tour with EDEN and keshi coming up - as well as making some festival appearances, but it looks like that is a no go, at least for a while. In reconciliation (for myself and anyone who cares) I’ve taken the show online, putting on livestream performances consistently on Wednesday and Sunday on YouTube and Instagram respectively, starting a talk show series on my Instagram, and am constantly working on new videos, merch and so much more. Fans can expect the same me through the screen that they’d hang and laugh with after a show. As I always say, I’m here.

R: Lastly I’d like to add that the earth is dying and it is our duty to protect it and reverse the damage we’ve inflicted. Cheers to a beautiful future.