With the Golden State Warriors on the verge of securing consecutive NBA titles for the first time in franchise history, we decided to visualize where the team's many fans hail from across the Bay Area via the infographic below.

*Warriors fans can be found throughout the entire Bay Area

*The East Bay represents the highest number of Warriors fans, followed by the Peninsula, then the South Bay and finally the North Bay.

*Santa Clara, or Silicon Valley, is the second-highest Warriors-fan county 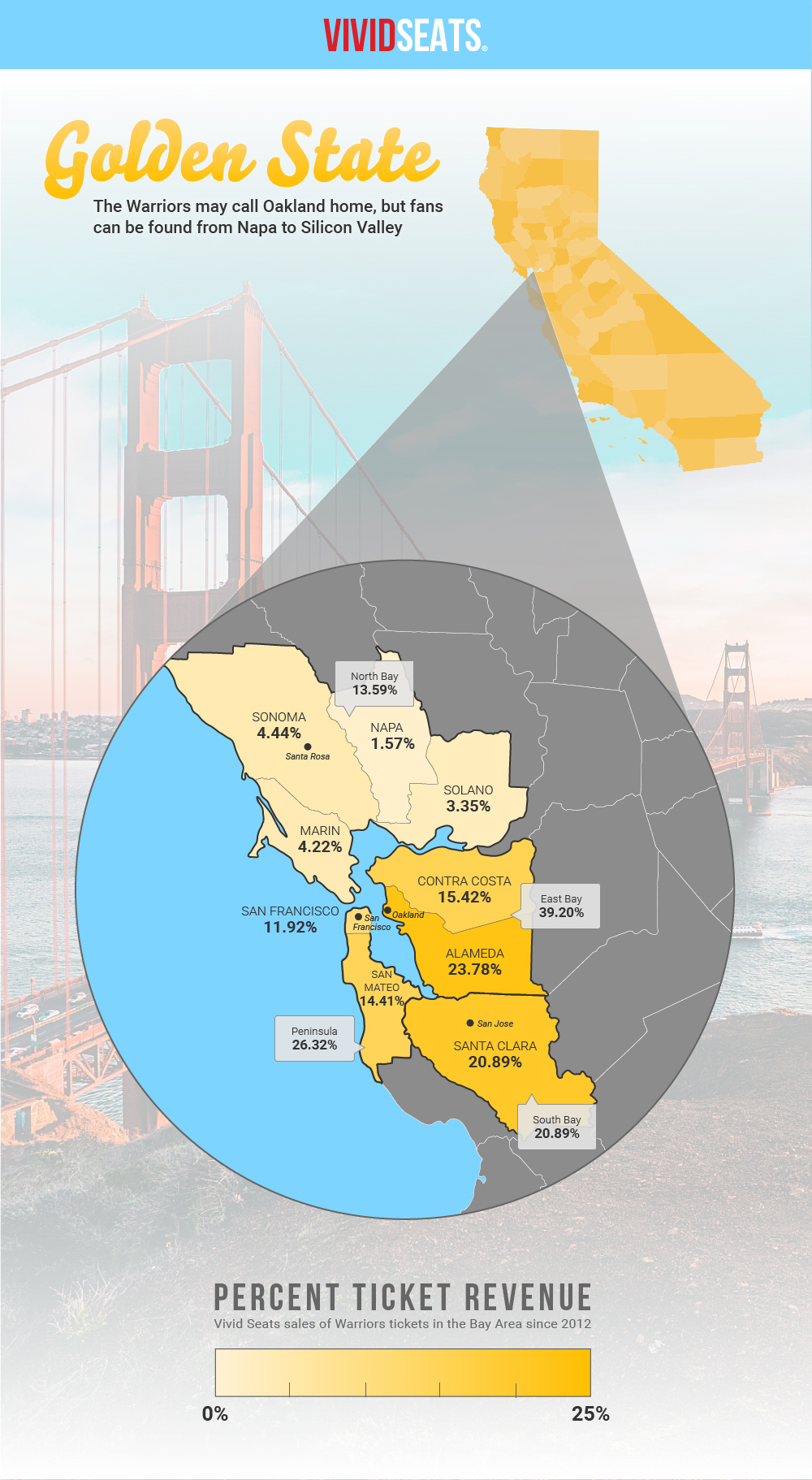 Embed our Warriors fans infographic on your own site by copying the code below: