The rise of both the Cleveland Cavaliers and Golden State Warriors over the last two years propelled NBA Finals ticket prices into previously uncharted territory. 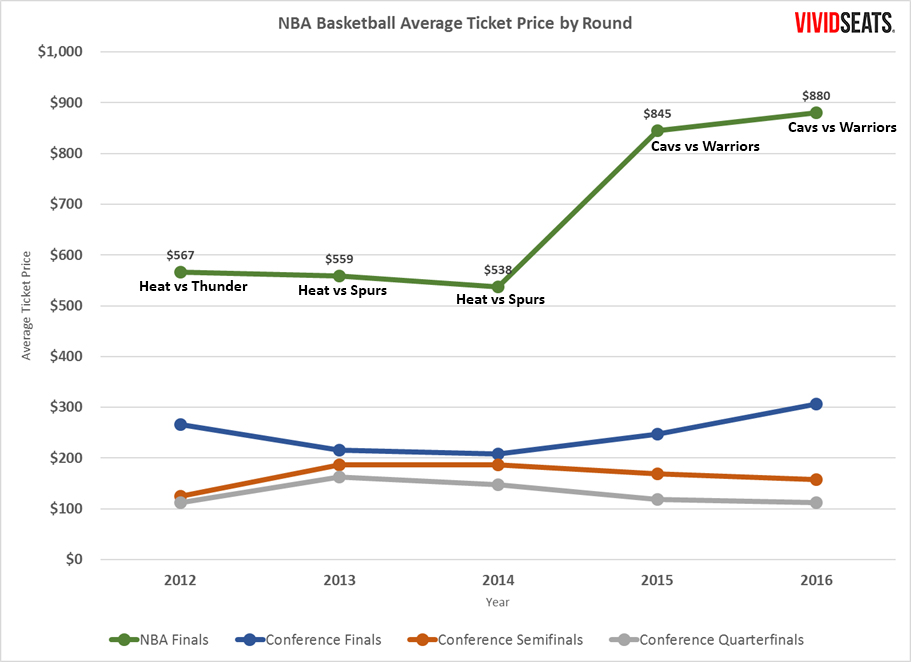 Embed our NBA Postseason Ticket Trends by Round Chart on your own site by copying the code below:

From 2011-14, either the Miami Heat, San Antonio Spurs, or both were in the NBA Finals. Even though a championship is always on the line, eventually the novelty does wear off a bit.

So, in 2015, a matchup featuring the title-less Cleveland Cavaliers and Stephen Curry-led Golden State Warriors, was just the breath of fresh air basketball fans had been longing for, as evidenced by the $845 average price on sold tickets, a 64% increase from 2014.

Perhaps surprisingly, the novelty was seemingly already gone by the following year, as despite the Warriors attempting to cap off the best regular season ever with an NBA title, the average sold price for the 2016 NBA Finals rematch rose just 4% to $880.

In addition to giving fans a fresh NBA Finals matchup, the championship droughts each franchise brought with it was probably enough to ensure substantial interest to the tune of record-setting average ticket prices.

Until their win in 2016, the Cleveland Cavaliers had never before won an NBA title, while the last for the Golden State Warriors was in 1975. 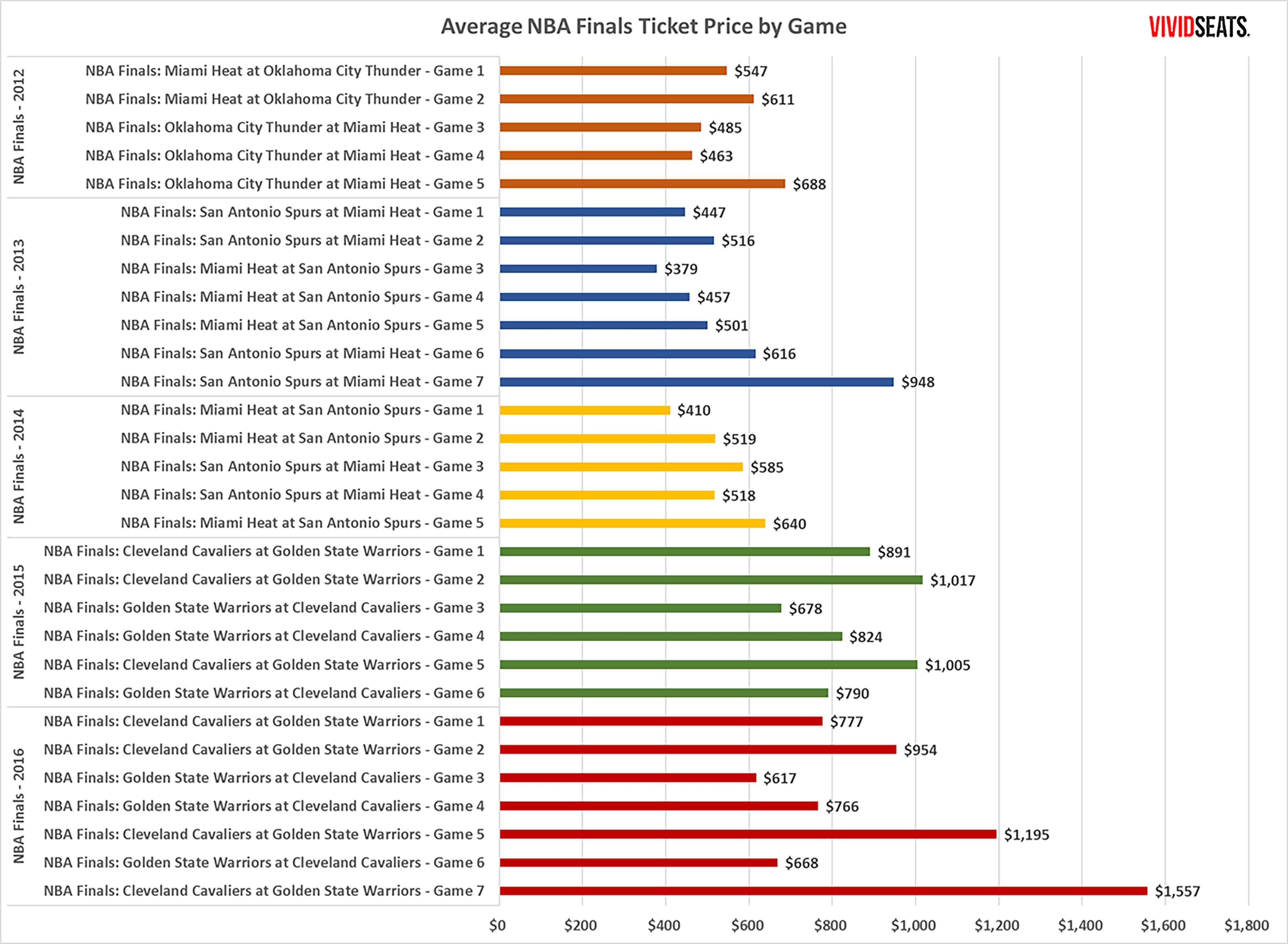 Embed our NBA Finals Game Trends Chart on your own site by copying the code below:

*If you attended every home game of LeBron James during the last five NBA Finals (15 games), you’d have paid an average of $641 (or $9,609 total for all home game averages)

*The highest-priced NBA Finals game ever occurred this past season when Game 7 went for $1,557

*Tallying $1,195, the second-highest was Game 5, when it looked like the Warriors were going to clinch at home

Embed our NBA Finals Overall Ticket Trends Chart on your own site by copying the code below: