Find MLB ticket data below from the Vivid Seats marketplace.

Data is as of mid-March through the end of the 2017 regular season.

Jump to a category: 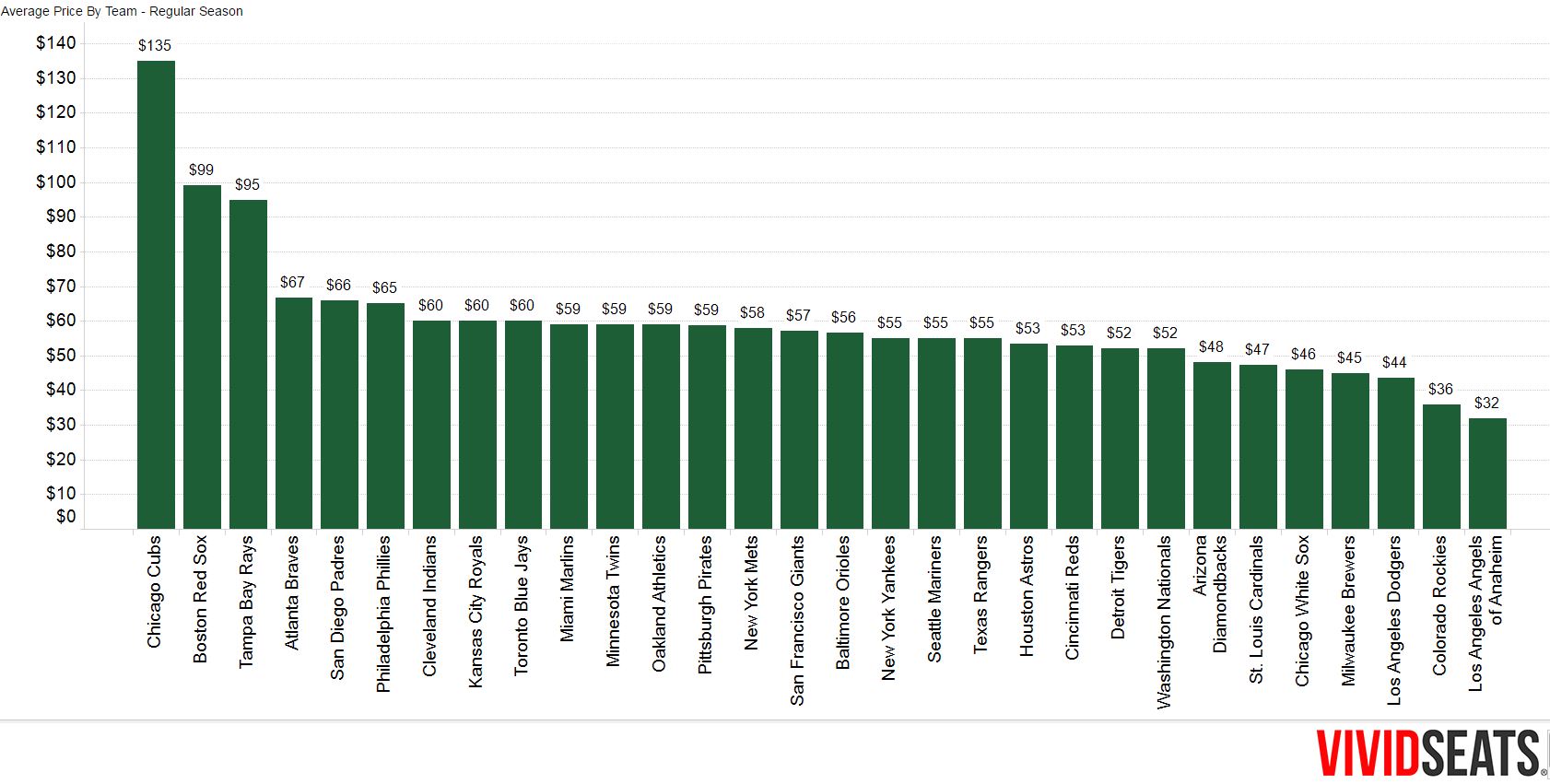 *The Atlanta Braves have experienced the largest increase in the average price of sold tickets (+58%), likely due to the debut of their new stadium this season

*Overall, the average price paid for sold tickets to MLB games has increased by 14% since last season

*Looking ahead to Opening Day, fans have paid an average of $220 for the Cubs-Cardinals Opening Night clash between the NL Central rivals.

^Rank based on total number of tickets sold

*The Cubs also top the home opener list, as fans have paid an average of $321 for the team's 2017 Wrigley Field debut against the Dodgers.

^Rank based on total number of tickets sold

Top 15 Most In-Demand Games By Price

*After Opening Day games and home openers, the most in-demand matchup is Angels at Red Sox on June 23, fueled by the pregame David Ortiz number retirement ceremony

*Following the trend, the second most in-demand game is Astros at Yankees on May 14, which includes the Derek Jeter retirement ceremony

*Overall, the list is dominated by games featuring heated divisional rivalries: Cubs vs Cardinals and Yankees vs Red Sox

*The cheapest day of the week falls on the weekend for only two teams: Los Angeles Angels and Chicago White Sox

*The Chicago Cubs have the highest average price every day of the week, but are cheapest on Thursdays 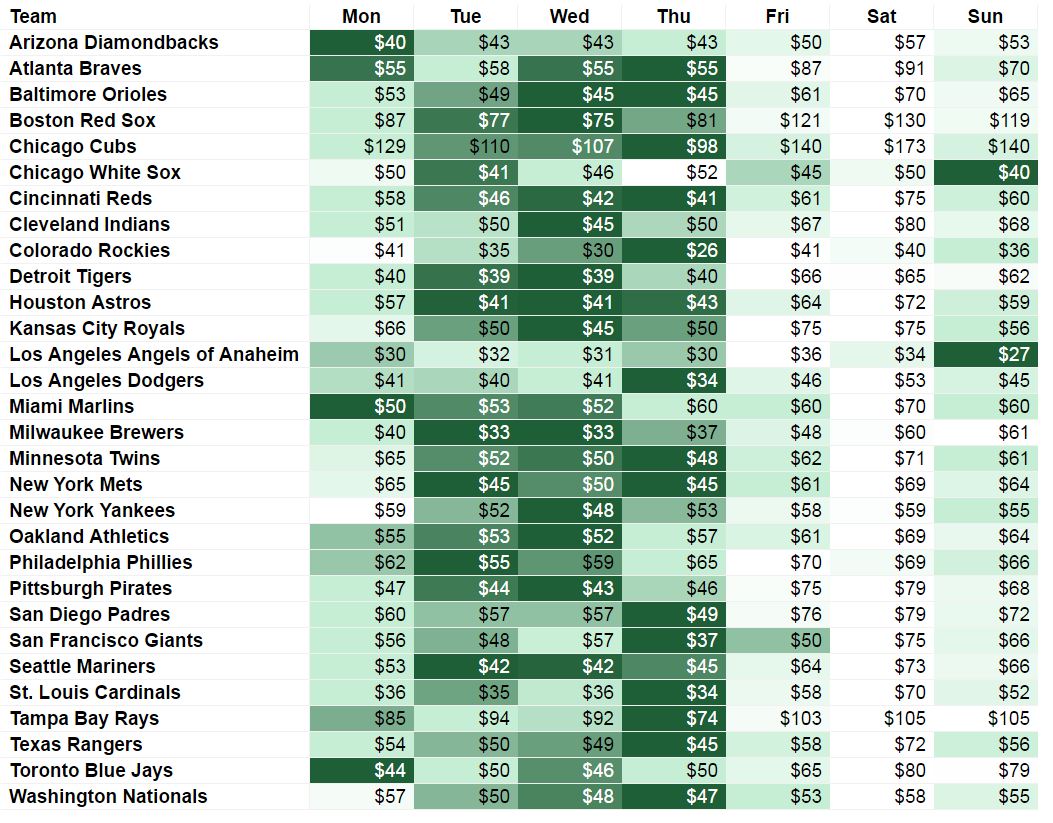