The 2016 NFL season is set to launch next Thursday, and in anticipation of the start, we took a look at how the league's divisional matchups are shaping up in regards to ticket prices. **All data featured in the chart below is based on tickets sold for divisional home games as of Aug. 30.

*After saying goodbye to the Metrodome in 2013, the Minnesota Vikings will settle into the brand new US Bank Stadium this season, and if sales are any indication, fans are definitely excited to check it out.

*Similarly, the Rams' move from St. Louis to Los Angeles also is proving to be a major factor in prices. The new LA residence has raised the ticket price on divisional home games by an average of $99 (112.2%)

*The rumored move to Las Vegas for Oakland helped the team secure the #3 spot, as Raiders prices are up an average of $42 (43.7%)

*On an individual game basis, the Sept. 18 matchup featuring Seattle at Los Angeles has the largest year over year increase for divisional clashes. The average ticket price for tickets sold to the game in 2015 was $84, while this season it's $212, up $128 (152%). 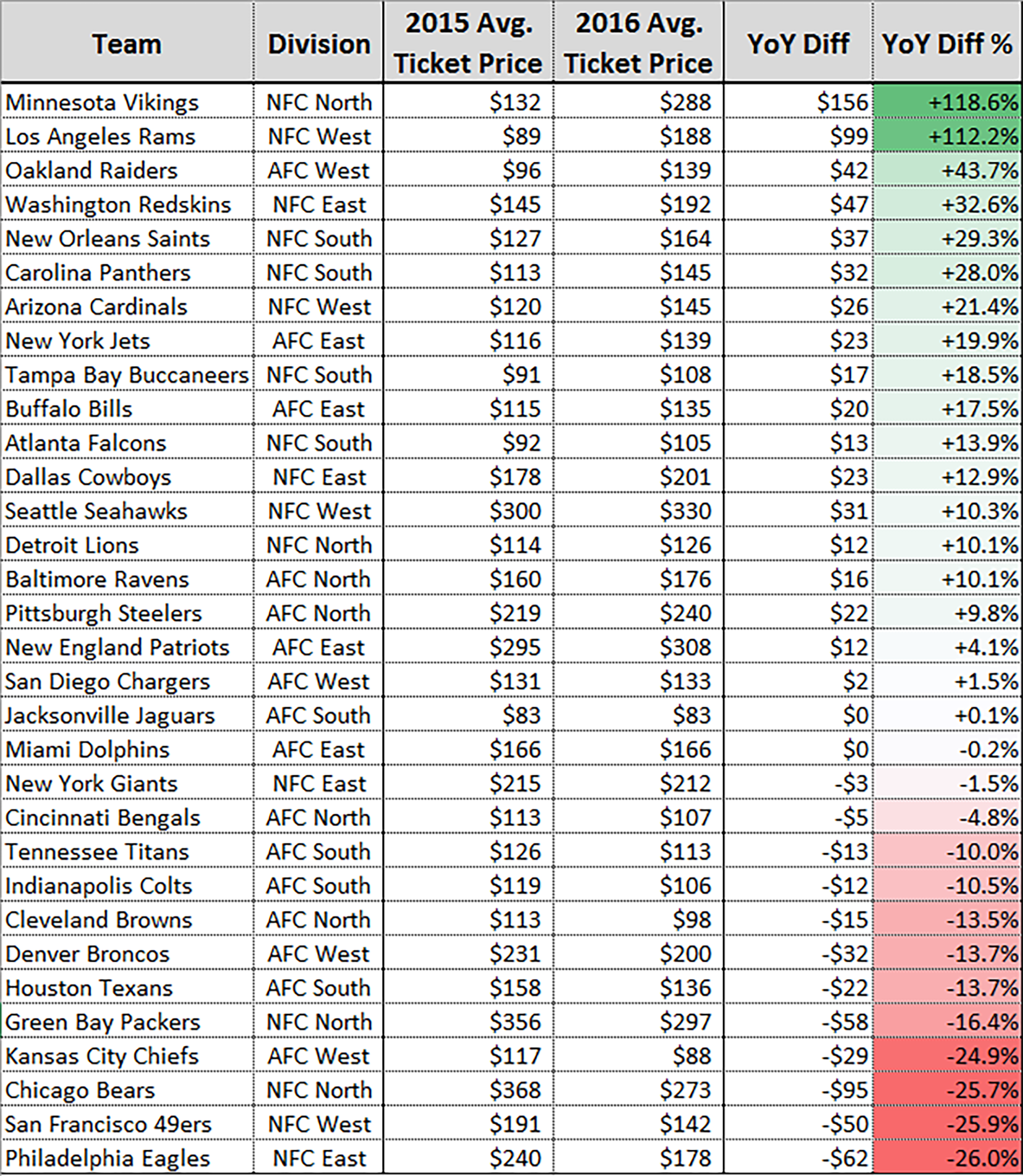 Embed our NFL Divisional Ticket Price Trends Chart on your own site by copying the code below: