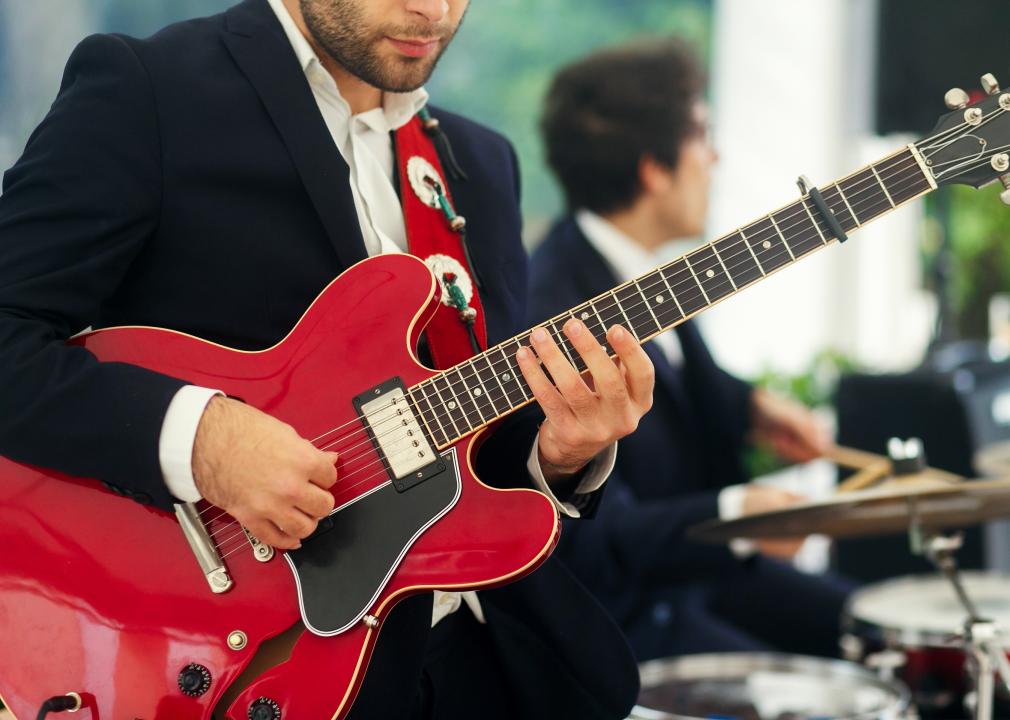 22 metros with the highest concentration of musicians and singers

Making it as a professional musician or singer takes a lot of talent, a huge amount of work, and a little bit of luck. Part of making it is being in the right place at the right time (even if that’s online), which sends droves of aspiring musicians to live-music hotspots like Nashville, Tennessee.

To uncover which metros employ the highest rate of professional musicians and singers, Vivid Seats analyzed the Bureau of Labor Statistics’ May 2021 edition of the Occupational Employment and Wage Statistics program, which was released on March 31, 2022. The analysis ranked metro areas by their number of musicians and singers per 1,000 jobs.

The BLS defines musicians and singers as people who “play one or more musical instruments or sing,” adding these individuals “may perform on stage, for broadcasting, or for sound or video recording.” The BLS estimates there are 24,080 professional musicians and singers across the U.S. as of May 2021, suggesting a national rate of 0.17 per 1,000 jobs. The numbers below do not represent traveling acts, but rather full- and part-time employees based in the cities listed.

The pocket of Connecticut, New York, and New Jersey is particularly fruitful for professional musicians and singers—10 of the top 22 metros hail from those three states. Read on to see which other cities made the list. 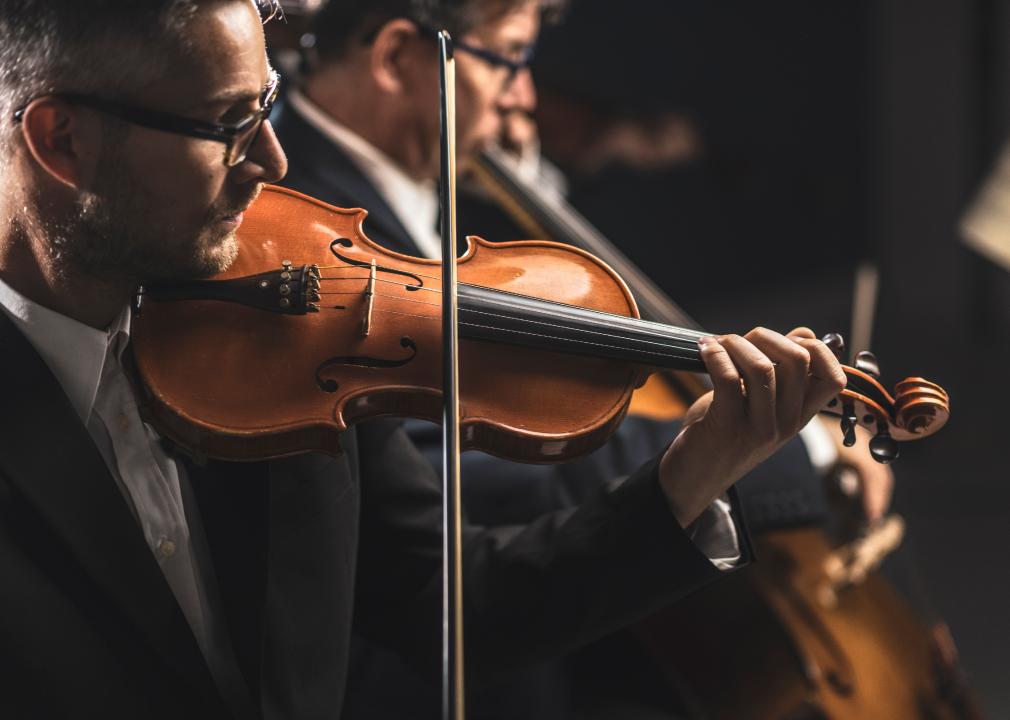 Although New York City and its surrounding areas represent huge opportunities for performing artists, musicians and singers make up a relatively small portion of the overall types of jobs here. Performers flocking to the region can work with some of the leading arts institutions in the country—and world—including the New York Philharmonic, the Metropolitan Opera, and the theaters on Broadway.

Newark has a well-established reputation as one of the best jazz cities in the world for musicians and vocalists. It boasts a number of prominent jazz clubs, the Institute of Jazz Studies at Rutgers-Newark, and the annual T.D. Moody Jazz Festival. 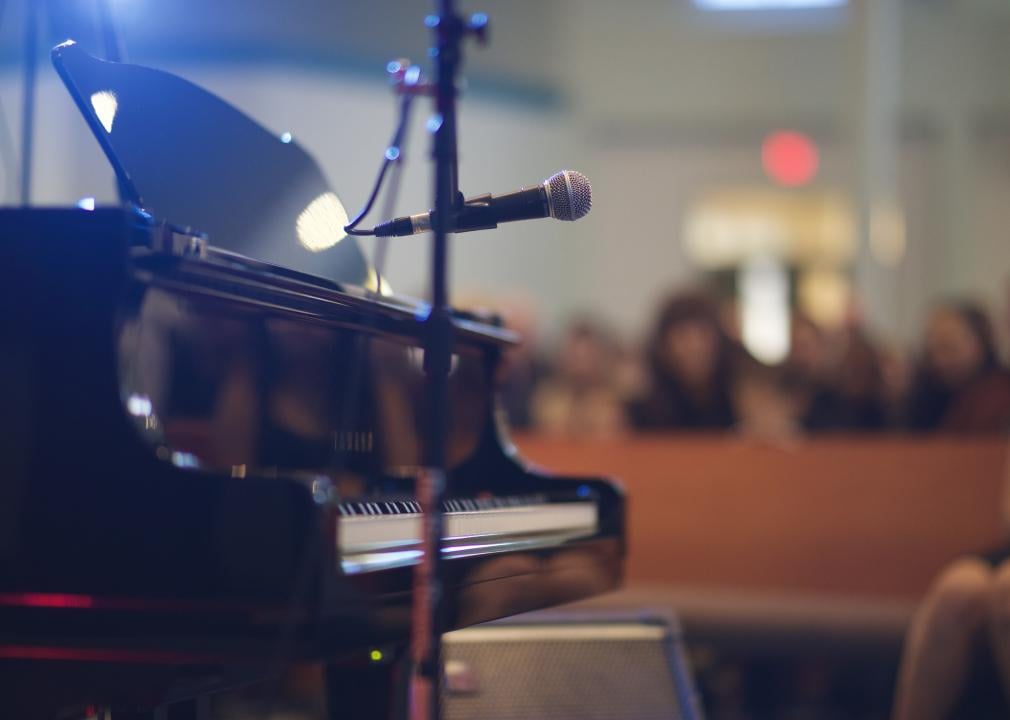 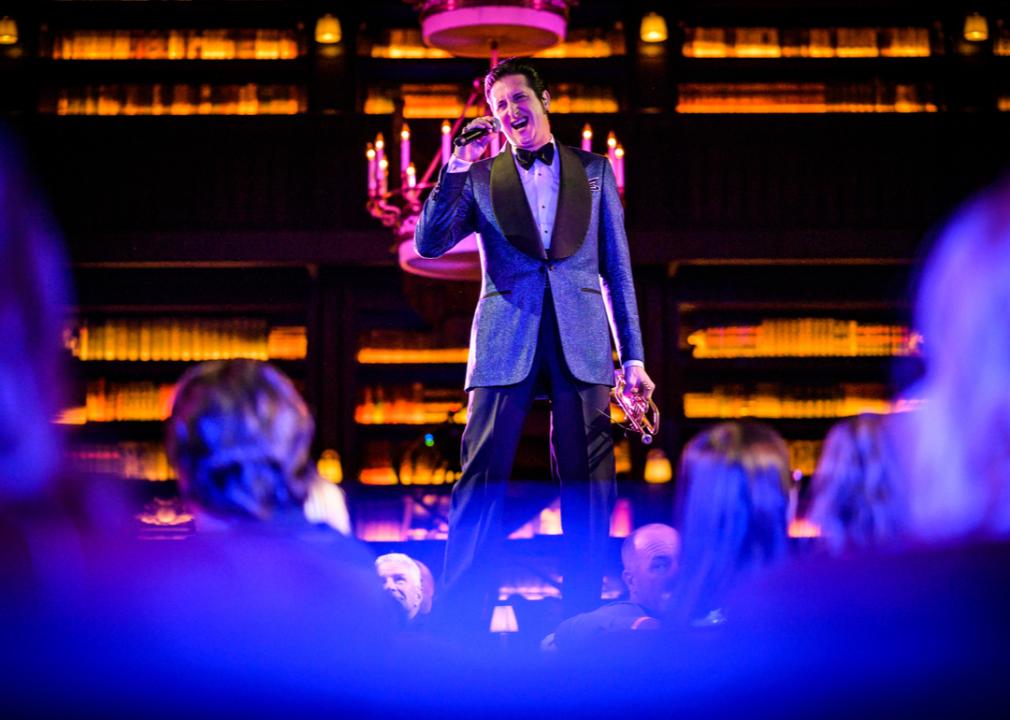 It goes without saying that many musicians and singers find work at the numerous stages found in casinos throughout the Las Vegas area. From late-night clubs featuring up-and-comers to Las Vegas’ legendary residencies held over the years by the likes of Celine Dion, Janet Jackson, Elton John, and Frank Sinatra, performers abound on and off the Strip. The city has been a launchpad for many popular acts, a list that includes contemporaries the Killers, Imagine Dragons, and Ne-Yo. 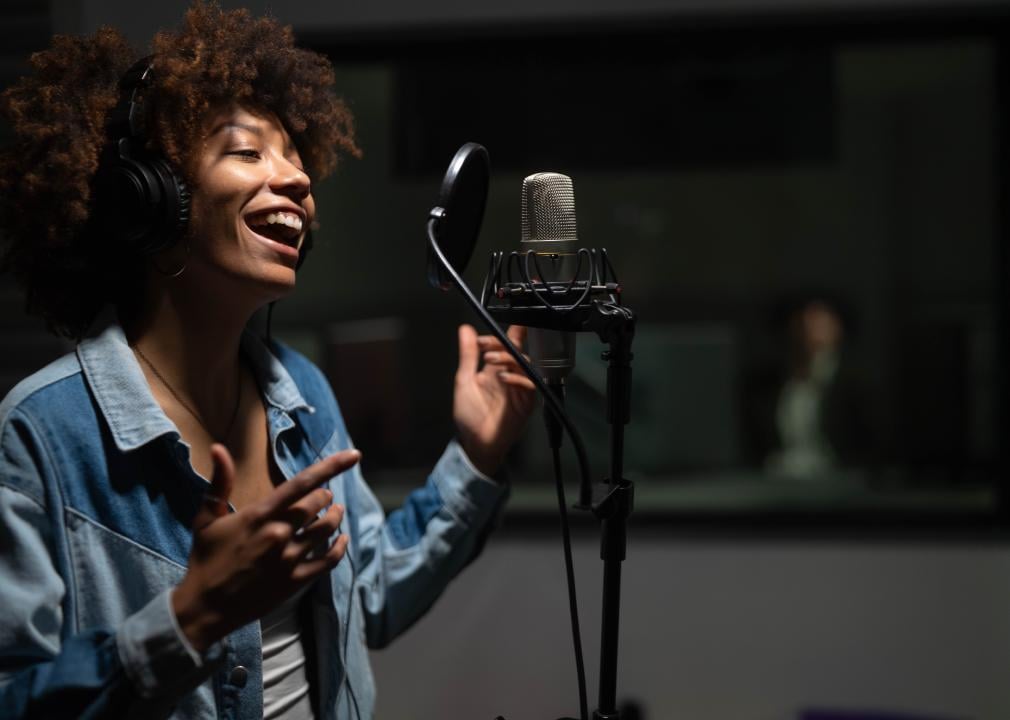 The thriving alternative music scene in Buffalo’s metro area attracts international talent and supports local musicians. The region is also home to more than a dozen world-class recording studios, including one owned by the Goo Goo Dolls where James Taylor, Lil Wayne, The Mighty Mighty Bosstones, and more have laid down tracks. The public library even has a recording studio for up-and-coming artists.

Buffalo is also home to the Buffalo Philharmonic Orchestra, the historic Colored Musicians Club (currently undergoing a $2.95 million renovation project), and numerous jazz clubs serving up live music from the area and visiting musicians most nights of the week. Babeville, a 19th-century church in the Theater District, was saved from destruction and renovated into a performance and venue space, studio, gallery, and screening room by Ani DiFranco and her manager, Scot Fisher, both of whom are from Buffalo. 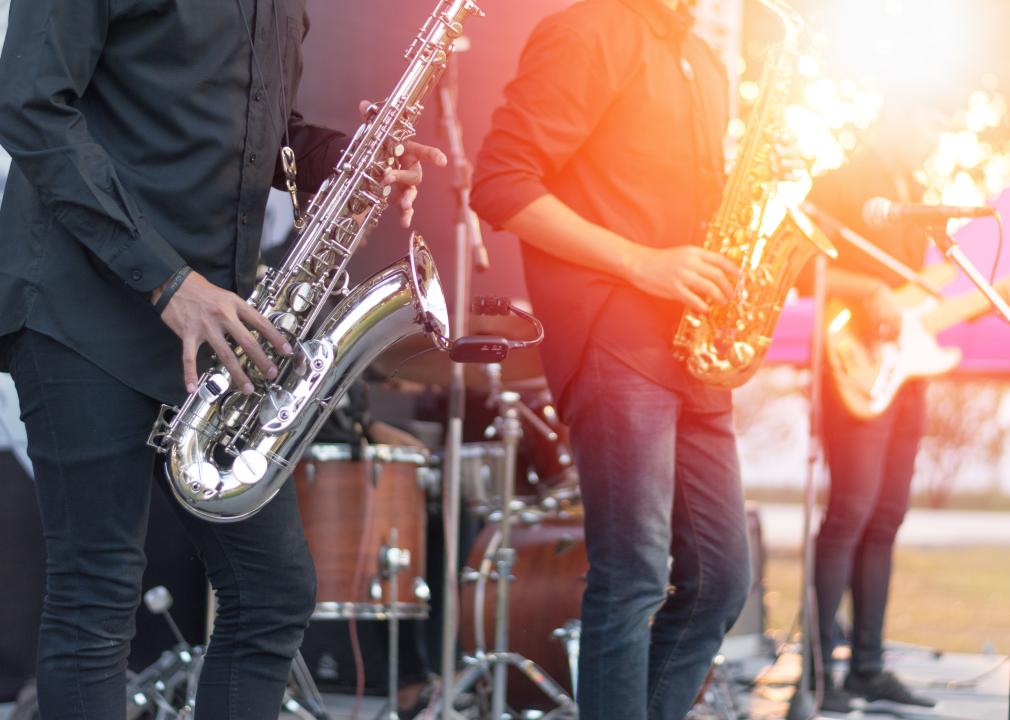 Binghamton has a vibrant jazz scene, with ties to legends Dena DeRose, Al Hamme, and Slam Stewart. The city celebrated Jazz Appreciation Month this April by offering residents five free jazz concerts, thanks to the Recording Industry’s Music Performance Trust Fund. Binghamton also hosts the longstanding Binghamton Music & Jazz Festival, which is on a hiatus until 2023. 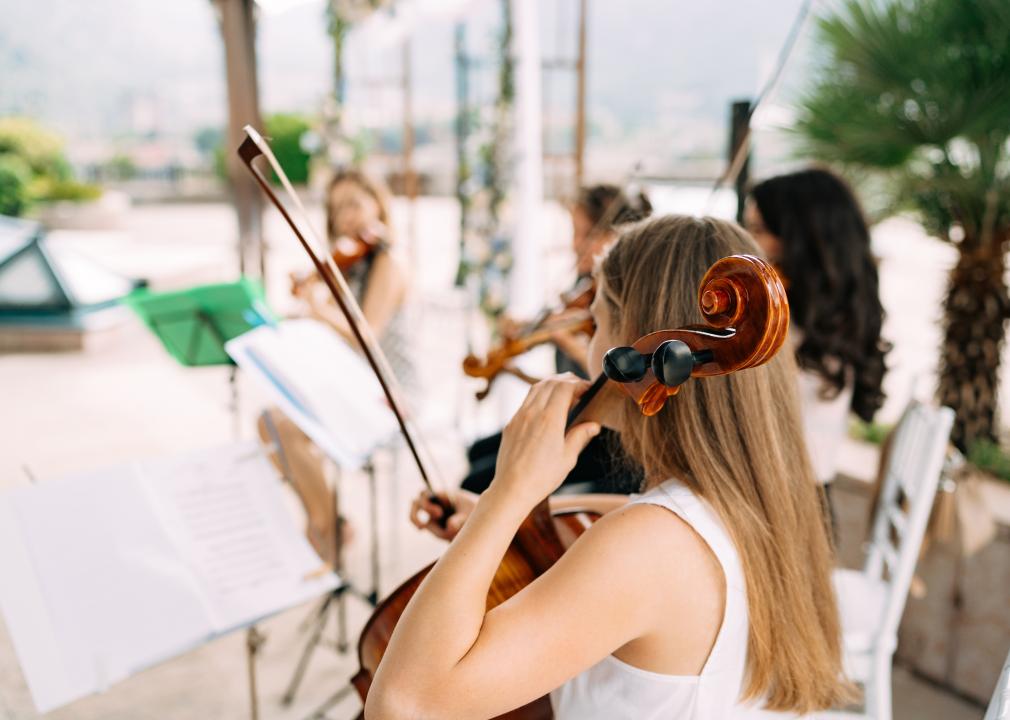 Medford is home to the Britt Music & Arts Festival, a summer outdoor music festival founded in 1963. This world-renowned venue has its own resident orchestra that performs all summer long. It also hosts major touring artists such as Bonnie Raitt, She & Him, and Norah Jones.

Choral singers also have opportunities to perform with the Southern Oregon Repertory Singers and the Rogue Valley Chorale. 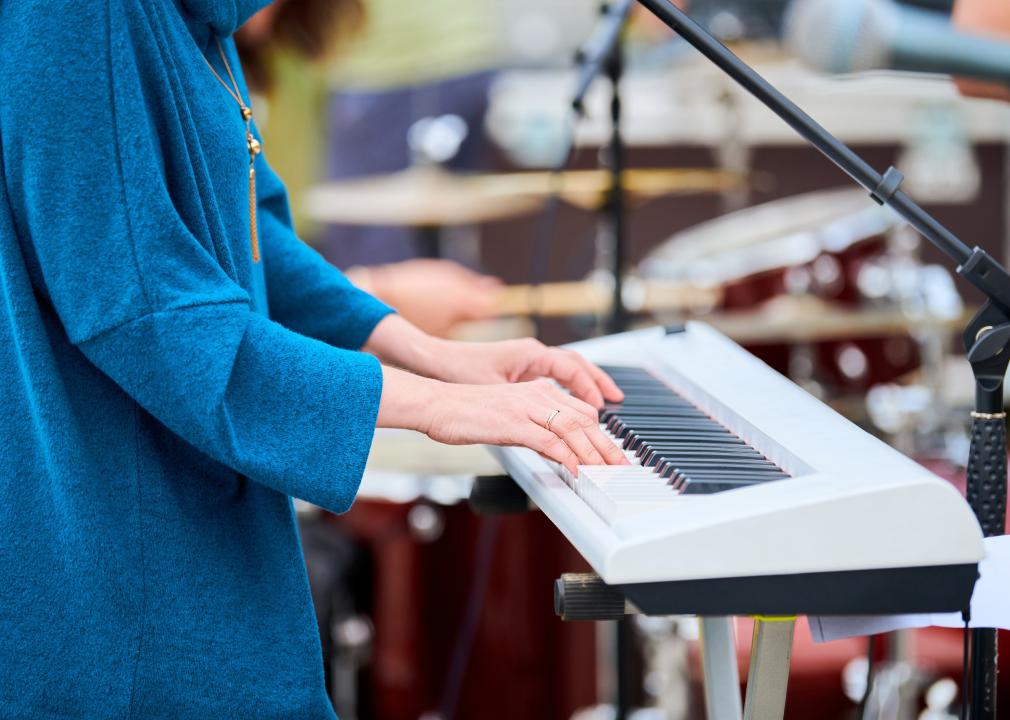 Located in Central Wisconsin, Appleton is home to the renowned Lawrence University Conservatory of Music where “The Voice” finalist John Holiday teaches. Appleton hosts the Mile of Music festival, a free music festival held every August that features 700 live music sets along one mile in downtown Appleton. The festival has become a must-stop for both local and up-and-coming indie musicians. 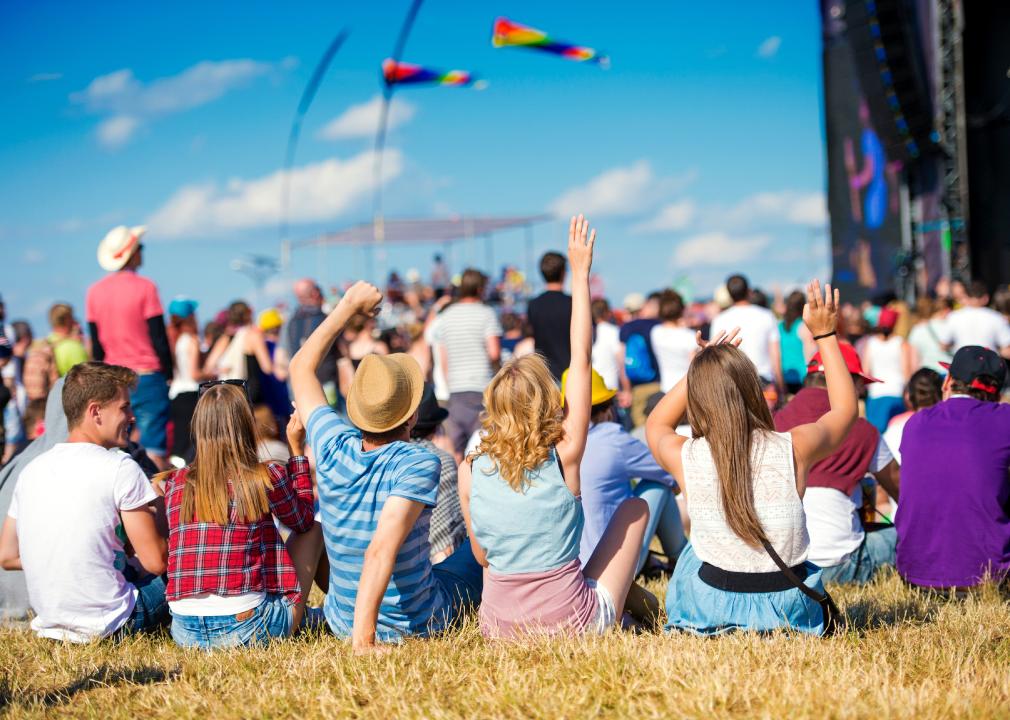 With sweeping views of the Illinois River, the Peoria metro area makes for an ideal spot for music festivals. The multiday Summer Camp kicks the summer season off each year over Memorial Day weekend. Capping things off on Labor Day is the Peoria Blues and Heritage Music Festival featuring a wide variety of blues, funk, and soul.

The area also features two dozen locales for live music and the Peoria Symphony Orchestra, which was founded in 1897. 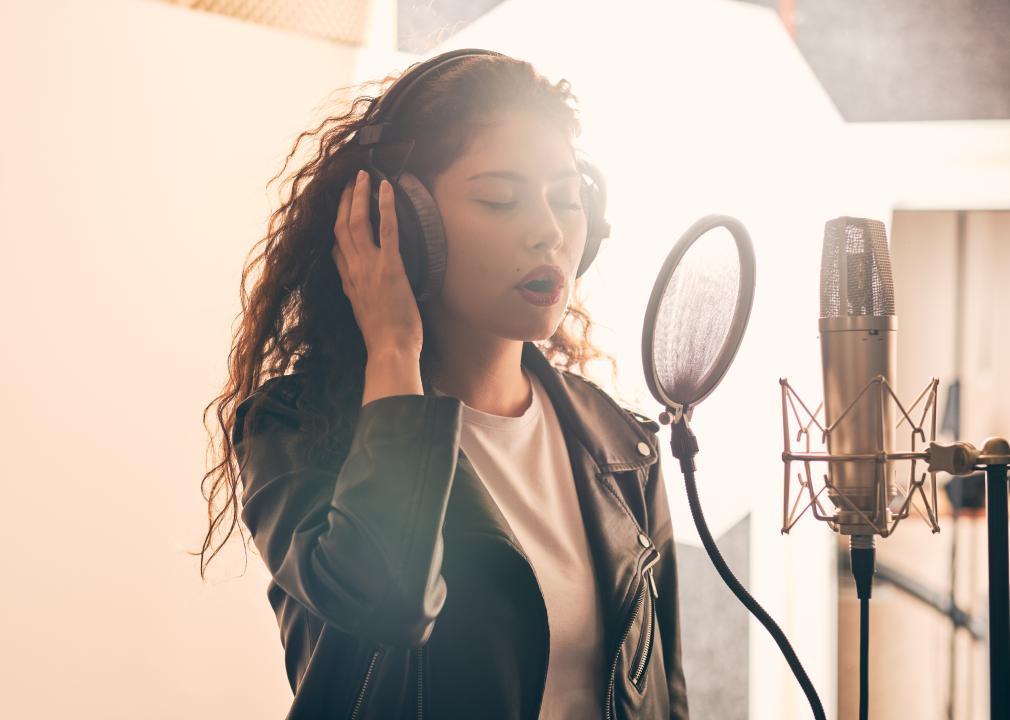 The Syracuse music scene is so large it has its own annual Syracuse Area Music Awards—known as the SAMMYs—and a Music Hall of Fame. Musicians from Syracuse have made a major impact on popular music as a whole, including Phish drummer Jon Fishman, Anthrax vocalist Joey Belladonna, and singer-songwriter Pete Yorn.

Syracuse also has a presence in the Rock & Roll Hall of Fame thanks to Young Rascals’ Felix Cavaliere and Syracuse University alum Lou Reed. Folk and blues musician Elizabeth Cotten, who moved to Syracuse in her 80s, will be inducted into the Rock Hall this year as an early influence on the genre.

From small local venues like Funk ‘n’ Waffles to the iconic Landmark Theatre, the city offers singers and musicians in the area plenty of opportunities to make an impact on the area arts scene. 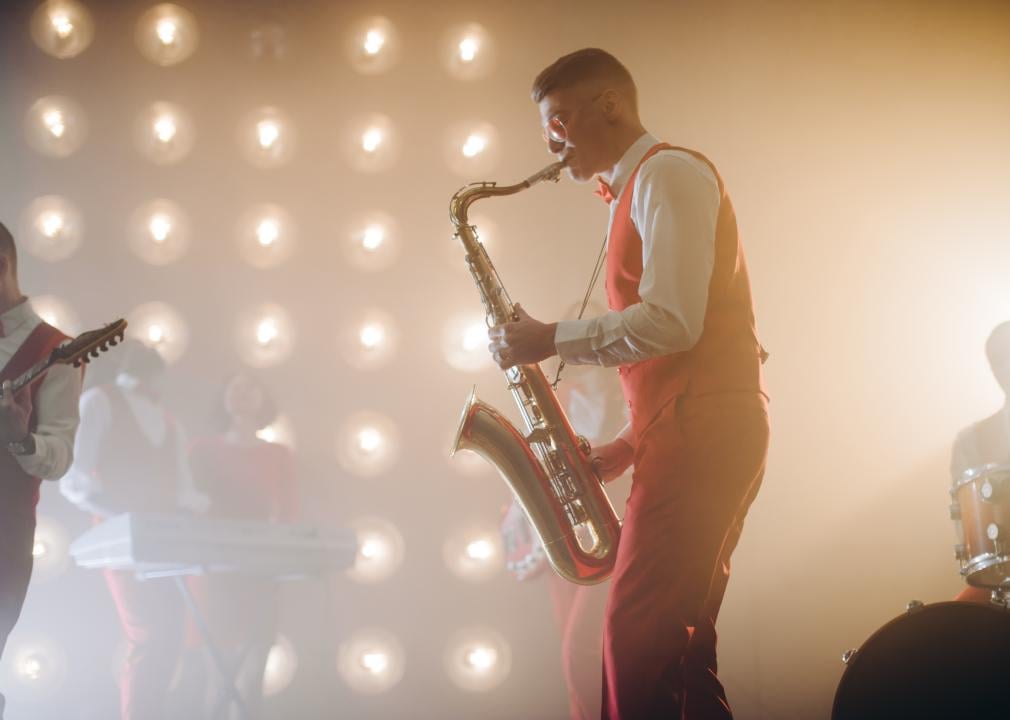 Conveniently situated between Philadelphia and Manhattan, Trenton has a rich and longstanding place in American music history that rivals that of other musical hotspots like Nashville. To capture as much of that history as possible, the Trenton Makes Music project—underway since 2014 by faculty and students at The College of New Jersey—gathers oral histories with artists and educators, adds to a digital archive and interactive map, and produces a podcast series.

Trentonian Sarah Dash, co-founder of the trio Labelle, had an influence on pop music with Labelle’s hit “Lady Marmalade.” Dash also sang and toured with the Rolling Stones. Kool and the Gang trombonist Clifford Adams also called Trenton home. Jay-Z even has ties to Trenton—he spent a few of his high school years here (and didn’t graduate). 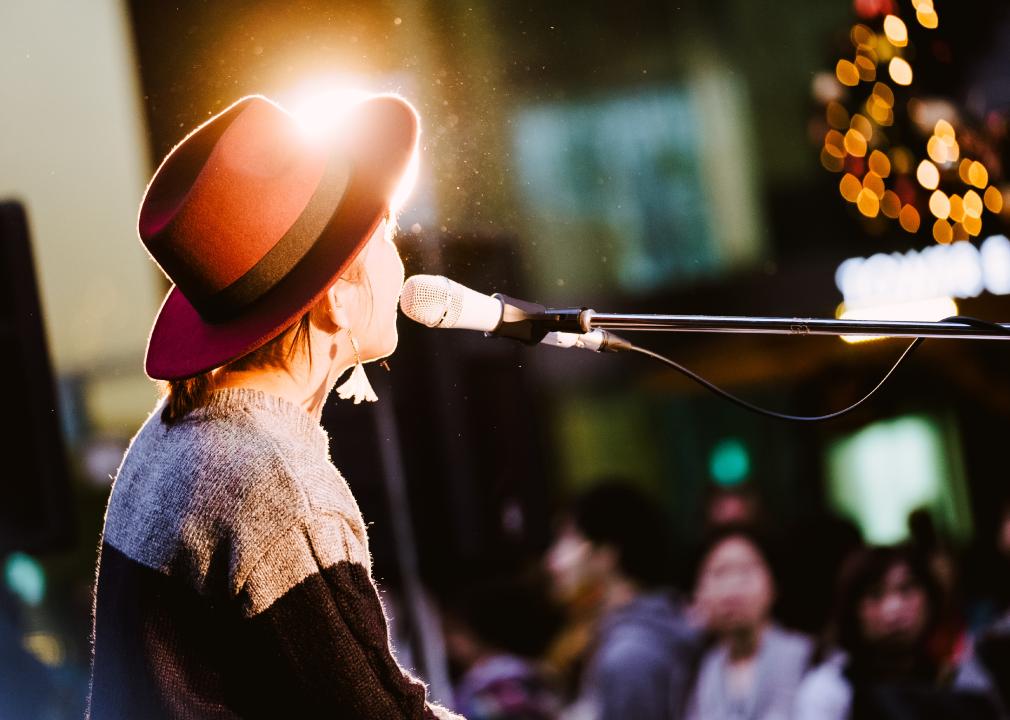 The first of three Connecticut metro areas on this list, Hartford is home to the Hartt School of Music, a well-respected music conservatory at the University of Hartford. Its faculty are working musicians, and students get opportunities to play and sign with local professionals. One alumnus and teacher is Steve Davis, who won a Grammy Award for Best Latin Jazz Album with Chick Corea’s Spanish Heart Band. 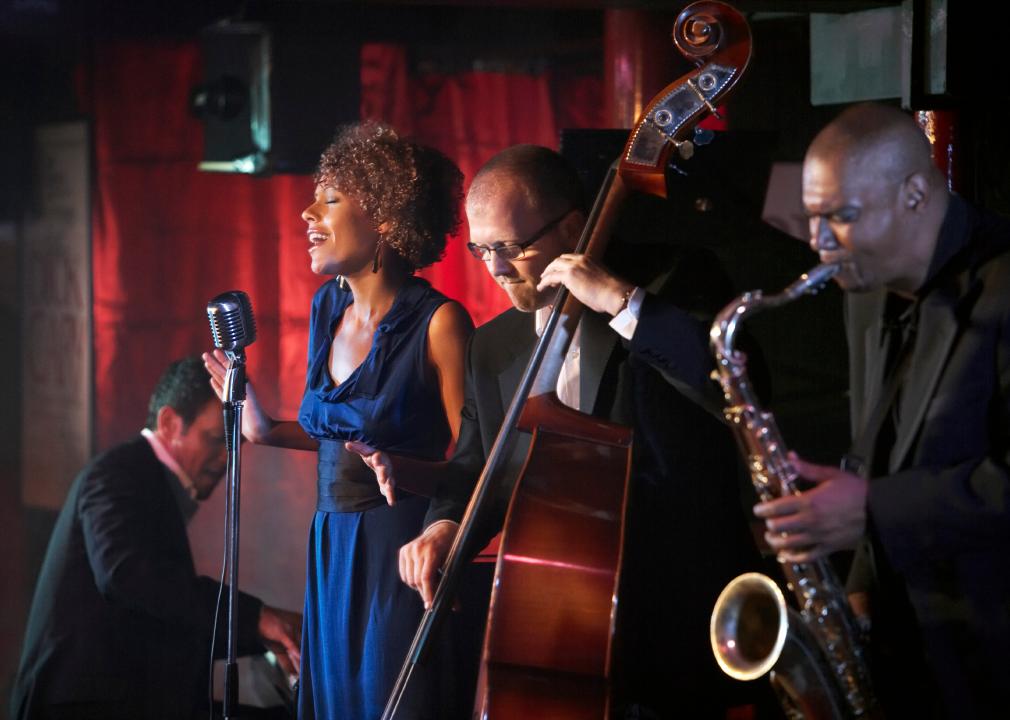 Spanning the Mississippi River, the Quad Cities area—Davenport and Bettendorf, Iowa, and Rock Island, Moline, and East Moline, Illinois—originally picked up musical influences from musicians traveling on riverboats between Minnesota and New Orleans.

The metro area today is a vibrant location for musicians. In Davenport, the nonprofit River Music Experience puts on local summer concert series and runs a concert venue. Davenport also has a number of big music festivals including the Mississippi Valley Blues Festival and the Bix Jazz Festival, the latter of which commemorates jazz legend Bix Beiderbecke. 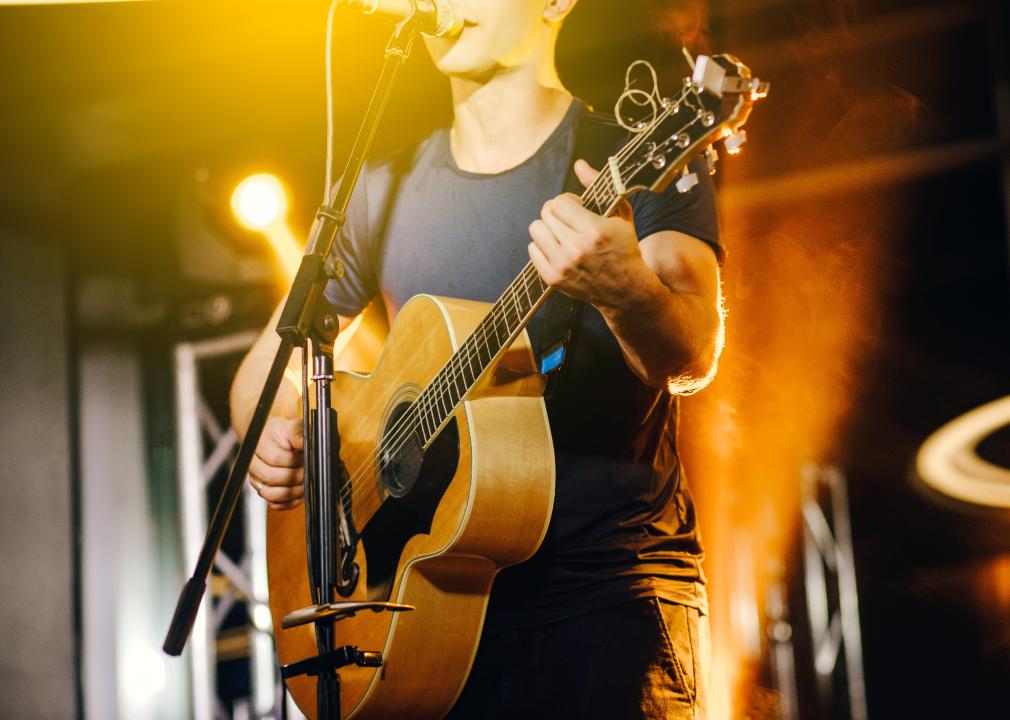 Ann Arbor is a college town that thrives on music. The city is home to the highly regarded University of Michigan School of Music, Theatre, and Dance, and hosts major festivals throughout the year. These include A2SF, a celebration of music and art, and the Ann Arbor Folk Festival. Many famous rock and pop stars once called Ann Arbor home, including Iggy Pop, the Stooges, and Madonna. 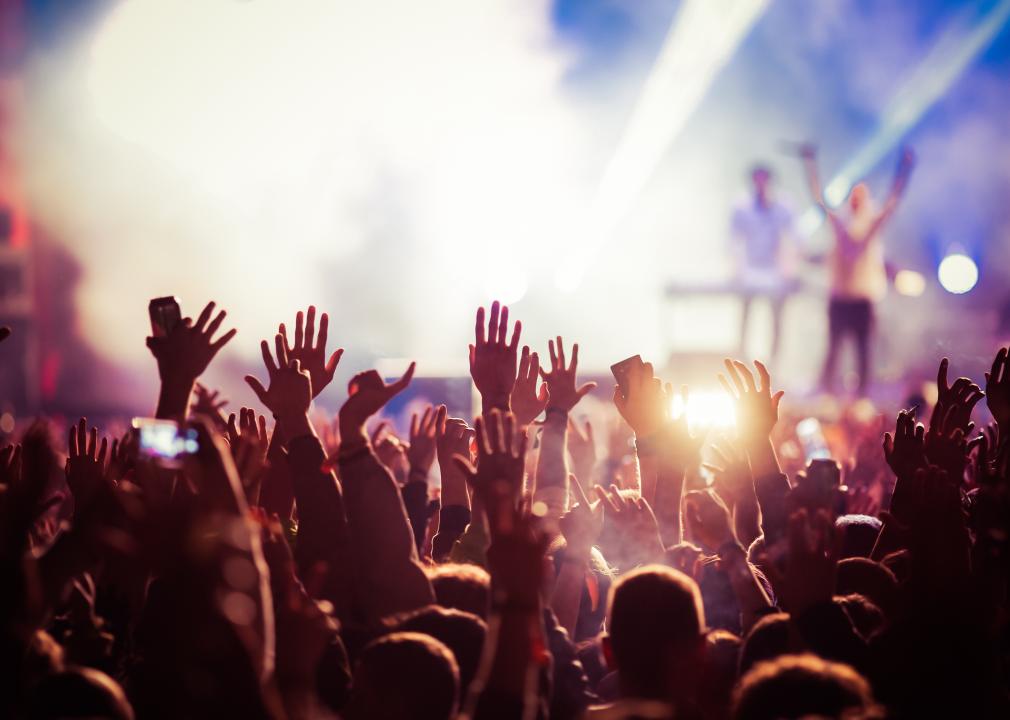 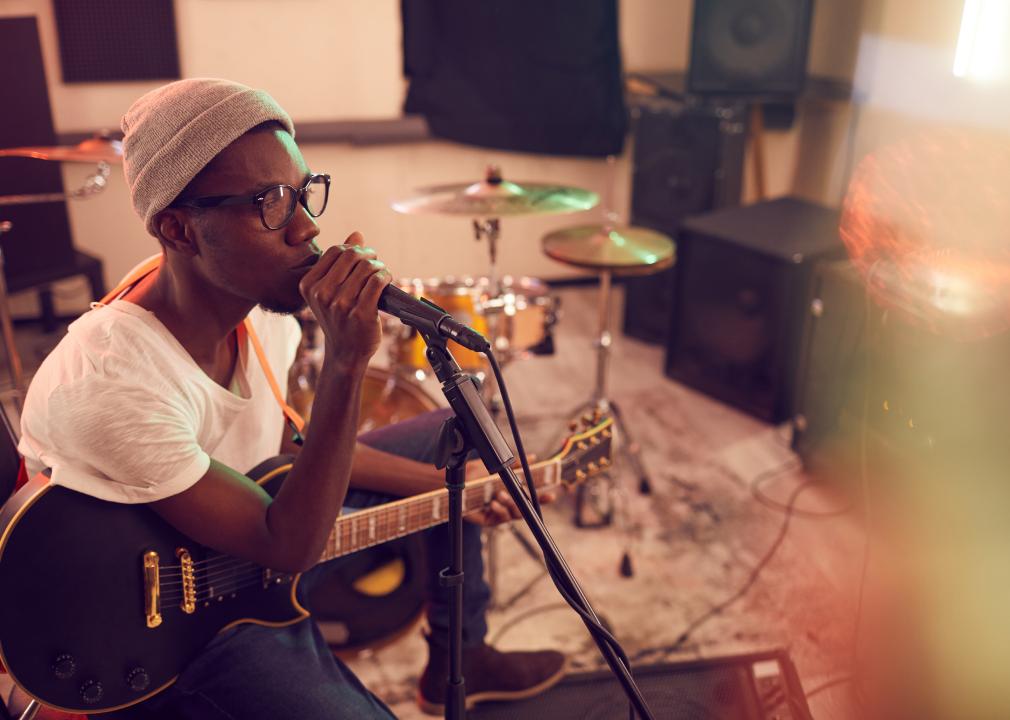 Located an hour east of Syracuse, New York, this small metro area consisting of Utica and Rome has a longstanding tradition of supporting the musical arts.

The B Sharp Musical Club, founded in 1903, nurtures music and the arts in the greater Utica area through performances, scholarships, extension programs, and the like. Local acts frequent the historic Stanley Theatre, and singers and musicians can record at a decommissioned church called Big Blue North. 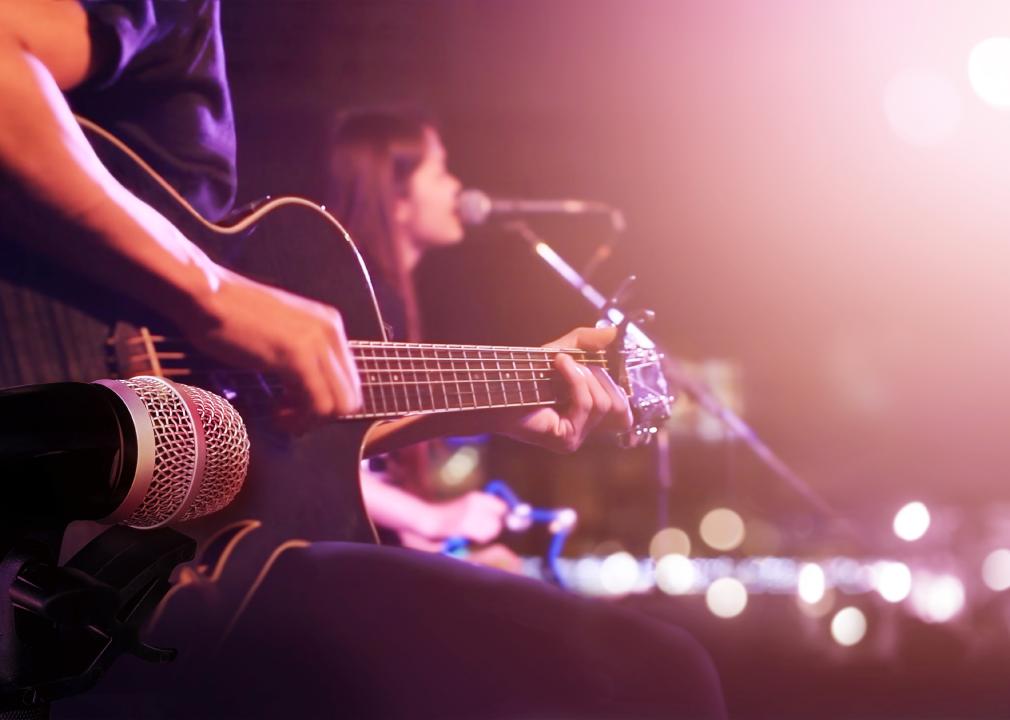 The area, composed of Hilton Head Island, Bluffton, and Beaufort, is filled with indoor and outdoor venues and restaurants serving up live music nightly across all genres. Major festivals in the area include the May River Music Festival, Beaufort Water Festival, and La Isla Magazine’s Latin Music Festival. 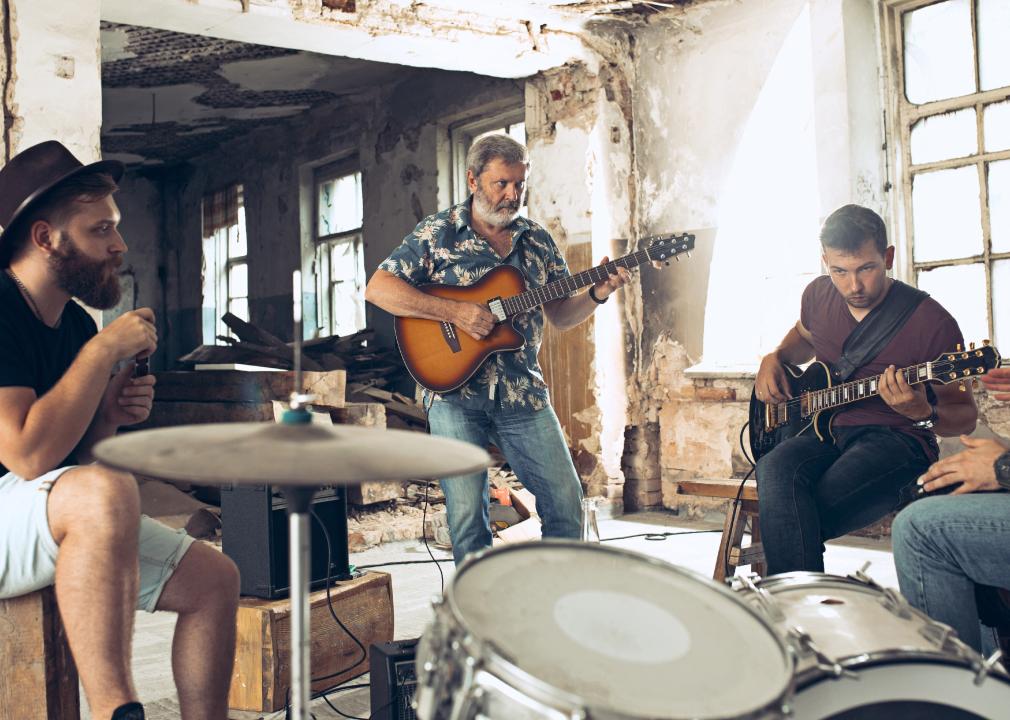 New Haven’s music scene runs the gamut from orchestral to jam bands and is home to the world-renowned Yale School of Music. With 14 colleges in the area and close proximity to New York City, New Haven is home to a vibrant nightlife that supports a large population of professional musicians and singers. 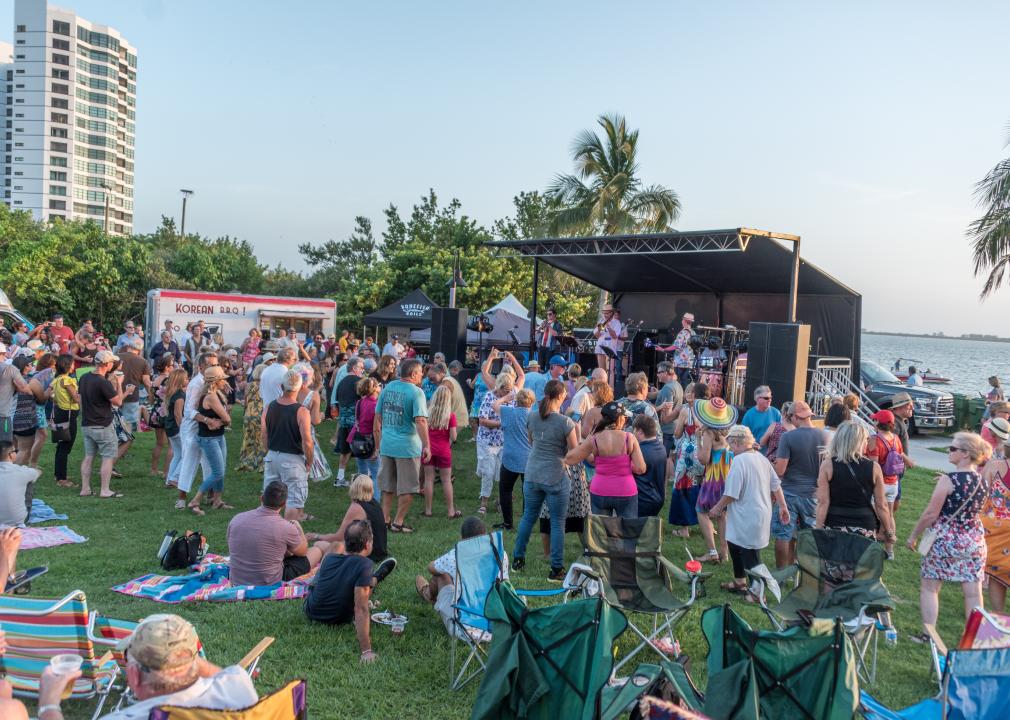 This metro area on the Gulf Coast of Florida may be where rock stars go to get some sun: Mick Jagger, AC/DC’s Brian Johnson, Aerosmith’s Joe Perry, the Moody Blues’ Graeme Edge, and local rocker Dicky Betts from the Allman Brothers all have homes here. 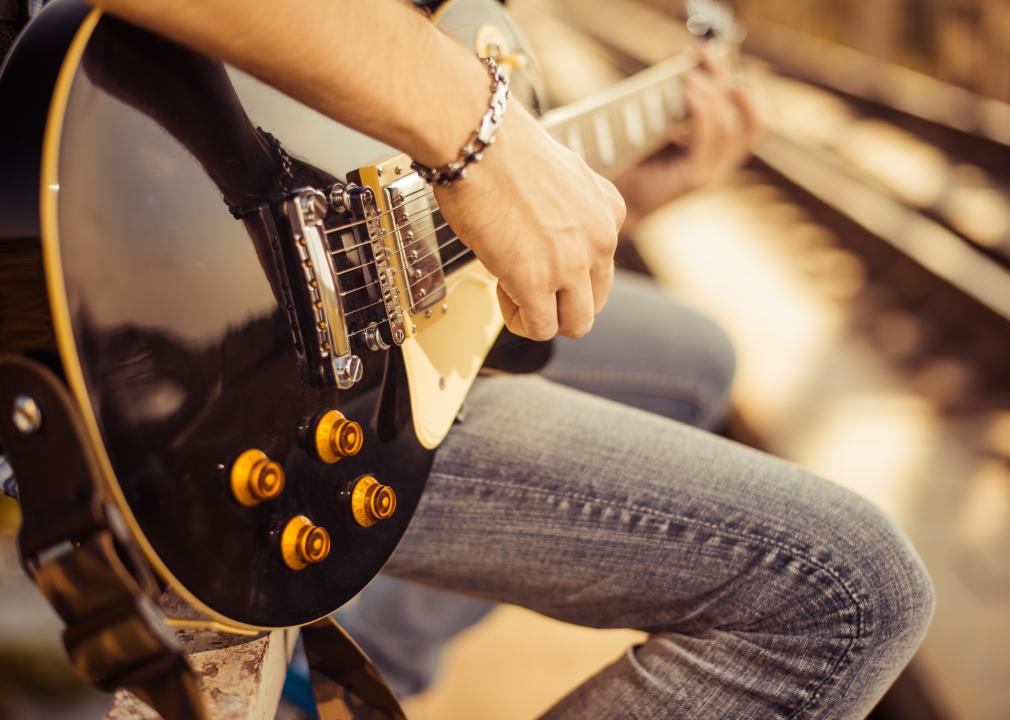 Rochester is a hotbed of musical talent thanks in large part to the drive of one George Eastman of Eastman Kodak fame. After Eastman made his riches from producing and selling cameras, he bought the DKG Institute of Musical Art and renamed it after himself. The school is now part of the University of Rochester and counts opera singer Renee Fleming and trumpeter Chuck Mangione among its alumni. 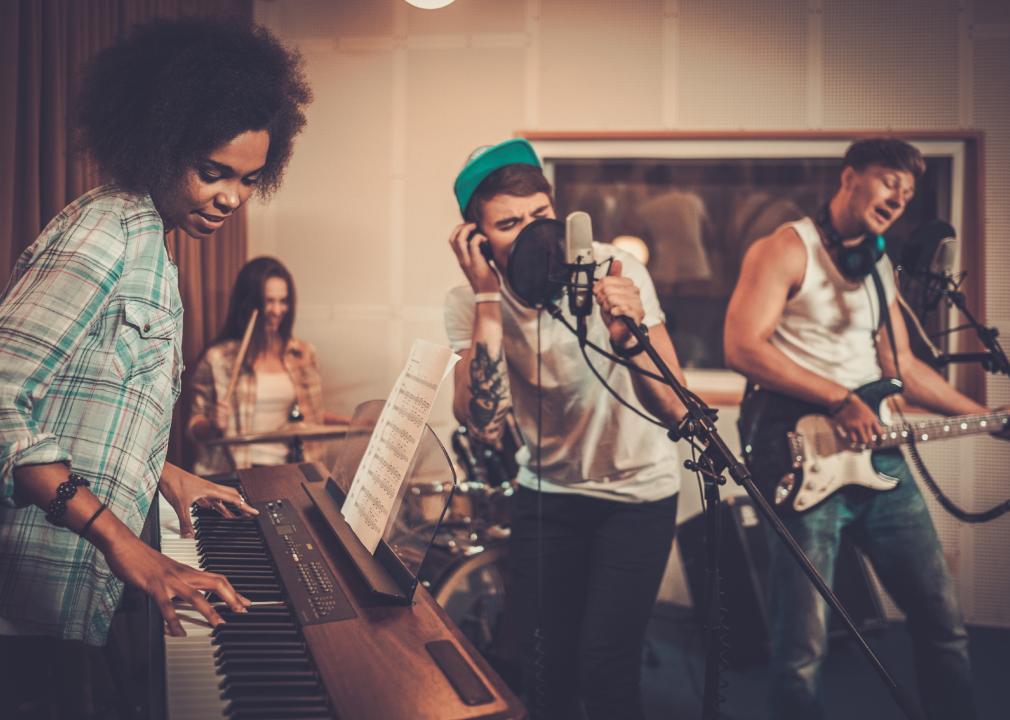 At nearly two hours away from Portland, Oregon, Eugene, isn’t necessarily a destination for national touring acts. That relative isolation has fostered an eclectic music scene that has something for everyone’s taste including jam bands, punk, metal, blues, jazz, and classical. The University of Oregon, based here, also sponsors the Willamette Valley Music Festival, which features local artists. 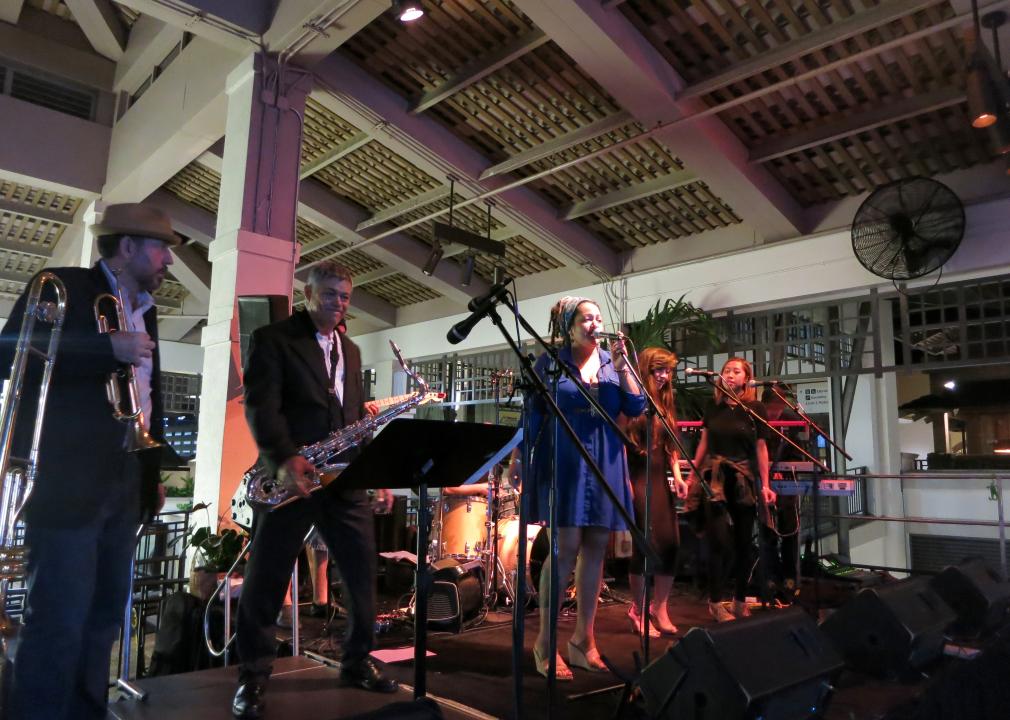 Honolulu offers work for all types of musicians and singers. Of course, Hawaiian music, which features ukuleles or slack-key guitars is in demand and plays nightly at a number of resorts and clubs around the city. But the city’s Chinatown neighborhood has a reputation for showcasing a wider variety of musicians across multiple genres including jazz, rap, rock, and reggae. 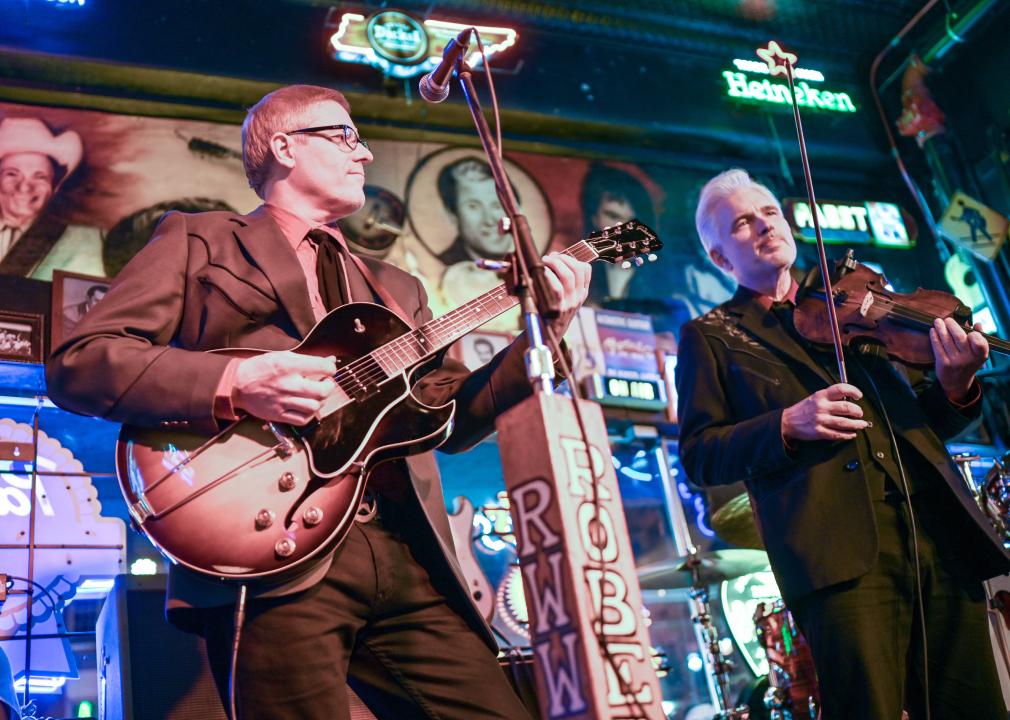 It’s not called Music City for nothing: Music is ingrained in Nashville’s core. The Opryland/Music Valley neighborhood is home to the Grand Ole Opry, the stage that put Nashville on the music map and established it as the home of country music. The business side of the music industry is on Music Row, a neighborhood with recording studios, record labels, and publishing firms. If you want to make it in the country music biz, Nashville is the place to be.

Father's Day Gift Guide: Tickets for Every Type of Dad

No Fees Tickets: Are They Actually Cheaper?