In 1974, a little known progressive rock trio dropped its self-titled, self-produced debut, unable to find a major label that would give it the time of day. Forty years, eight Juno Awards, and a Rock and Roll Hall of Fame induction later, Rush has become one of Canada’s most famous exports, and to celebrate its four decades in the business, the group has revealed a major cross-country trek for 2015. 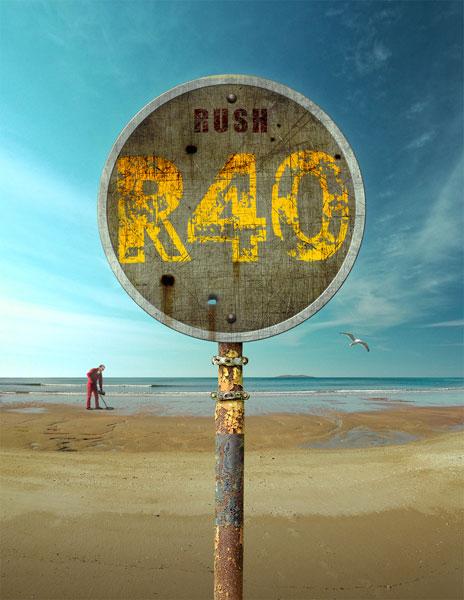 Announced on Jan. 22, the R40 Live Tour will stop in more than 30 North American cities, starting May 8 in Tulsa, Okla., and stretching through an Aug. 1 arena show at the L.A. Forum. See when the band will be headlining a venue near you with this Rush tour schedule for the upcoming venture.

The 40th anniversary tour will be Rush’s first live trek since 2013. That venture was in support of 2012’s “Clockwork Angels,” and its setlist pulled heavily from the album, which remains Rush’s most recent studio effort. A year before that, Rush embarked on the Time Machine Tour, during which they performed 1981’s “Moving Pictures” in full. As there’s no new album on the horizon, we’re speculating the 2015 Rush setlist will rely more heavily on the band's extensive catalog of greatest hits.

In the Rush tour 2015 press release, longtime members Geddy Lee, Neil Peart, and Alex Lifeson stated that this venture “will most likely be their last major tour of this magnitude.” If you want the chance to hear “Tom Sawyer” or “Limelight” in a big arena, you shouldn’t hesitate to secure Rush tickets for these upcoming shows.

More Anniversary Tours, Farewell Concerts Ahead in 2015
Rush won’t be the only group celebrating a long legacy in the year ahead. Check out schedules for these other anniversary tours and farewell shows to see other rock greats live.

Grateful Dead Soldier Field: For three nights over Fourth of July weekend, this iconic counterculture group will perform the final three shows of its storied career.

The Who Hits 50! Tour: Celebrating 50 years of influence on the punk and rock genres, The Who tour will travel to more than 40 cities over two North American legs (April-May and September-November).

Motley Crue Farewell Tour: The final leg of the Motley Crue tour will give fans one last chance to hear hits like “Kickstart My Heart” live. The 2015 trek picks up in July and will culminate with a New Year’s Eve concert at Los Angeles’ Staples Center.

Barry Manilow Farewell Tour: Sing along to favorites like “Copacabana” during Barry Manilow’s 2015 One Last Time Tour, set to kick off mid-February and end on June 17, Manilow’s 72nd birthday.