With just weeks until the kickoff of NFL preseason games, Vivid Seats analyzes ticket sales data that reveals what fans are paying to cheer on their favorite teams. From the average cost per ticket of a Super Bowl Champion to the team with the cheapest seats, find out where your team falls into the mix. 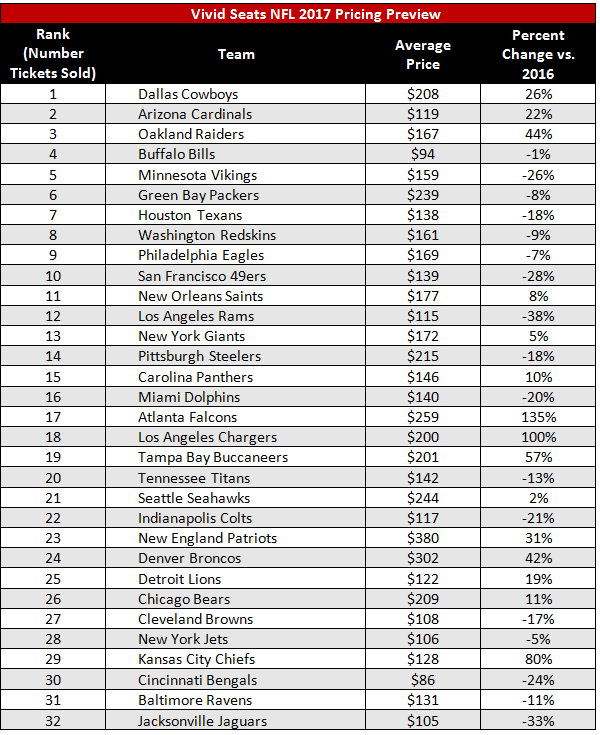 2. Proving that winning pays, two-thirds (66 percent) of the teams that made it to the 2016 playoffs saw an increase in average ticket prices year-over-year.

3. Winning records equal higher prices. Of the 10 teams with the most expensive ticket prices, eight had winning records in the 2016 regular season.