Hamilton is undeniably the biggest musical to hit Broadway in the last year, if not the last decade. It’s no easy task to bring 200-year-old historical figures to life on stage, but Lin-Manuel Miranda and his team have accomplished just that--and they’ve done it incredibly well. In an interview with Rolling Stone, Miranda shed light on the team’s inspiration behind the characters:

"I think our goal is to present them as human, and not just the five facts you know about them from our history books.”

Thanks to the team behind Hamilton, we all have better insight into what people like Alexander Hamilton, Aaron Burr, and Elizabeth Schuyler Hamilton were not just doing, but also thinking and feeling during America’s infancy. Tens of thousands of Hamilton fans are connecting with the dreams, desires, and emotions of these influential people like never before.

Whether you’ve seen Hamilton on Broadway or listened to the cast album a million times, now you can relive the thrills and ambitions of Hamilton’s big three characters with this set of Hamilton paper dolls. Burn those letters with Elizabeth Schuyler, relive the election of 1800 with Aaron Burr, and write 51 Federalist papers in a frenzy with Alexander Hamilton.

Grab a friend and reenact your favorite scenes from the musical with these printable Hamilton paper dolls, created specially for Vivid Seats by Tyler Feder. 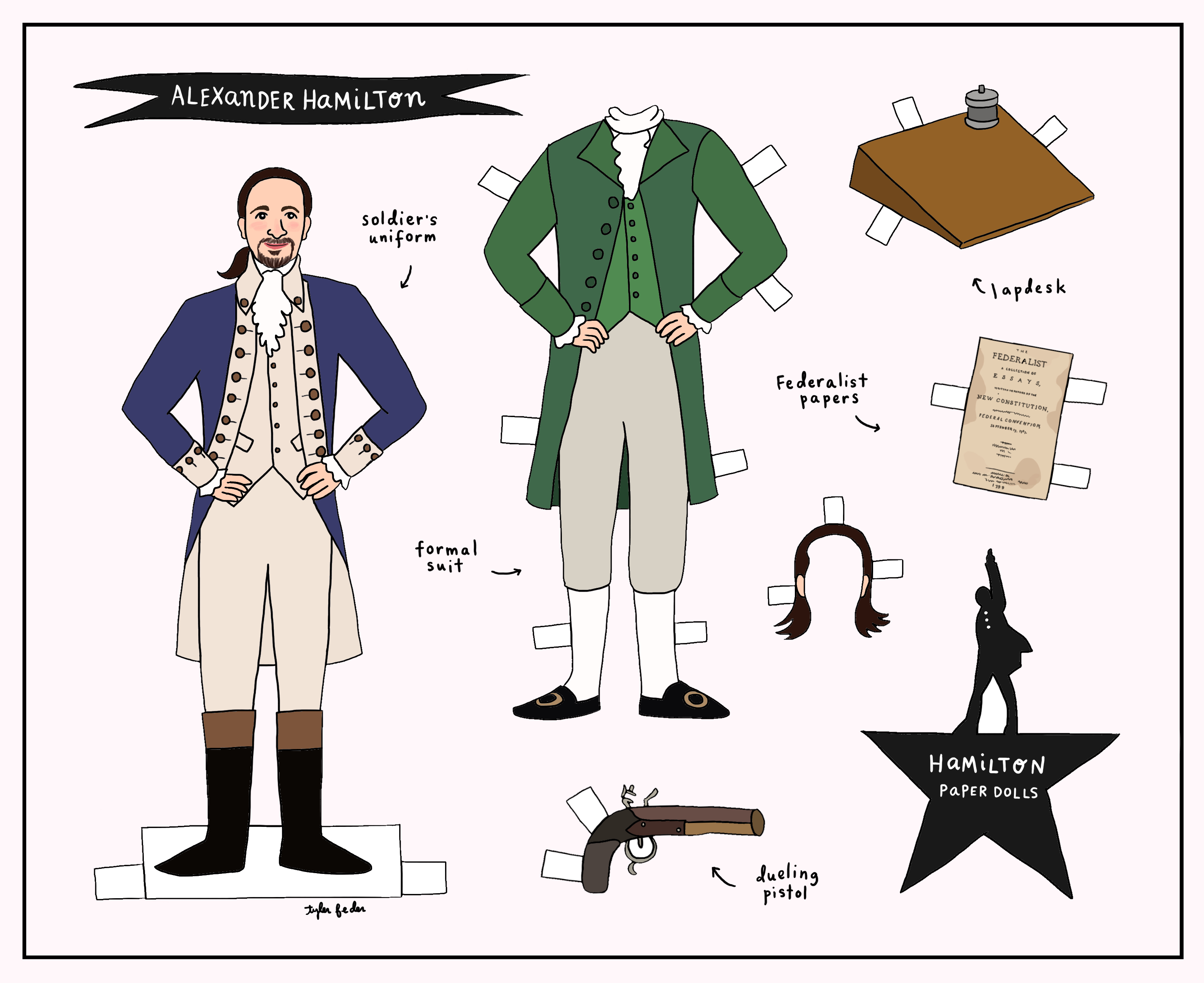 Embed our Alexander Hamilton paper doll on your own site by copying the code below: 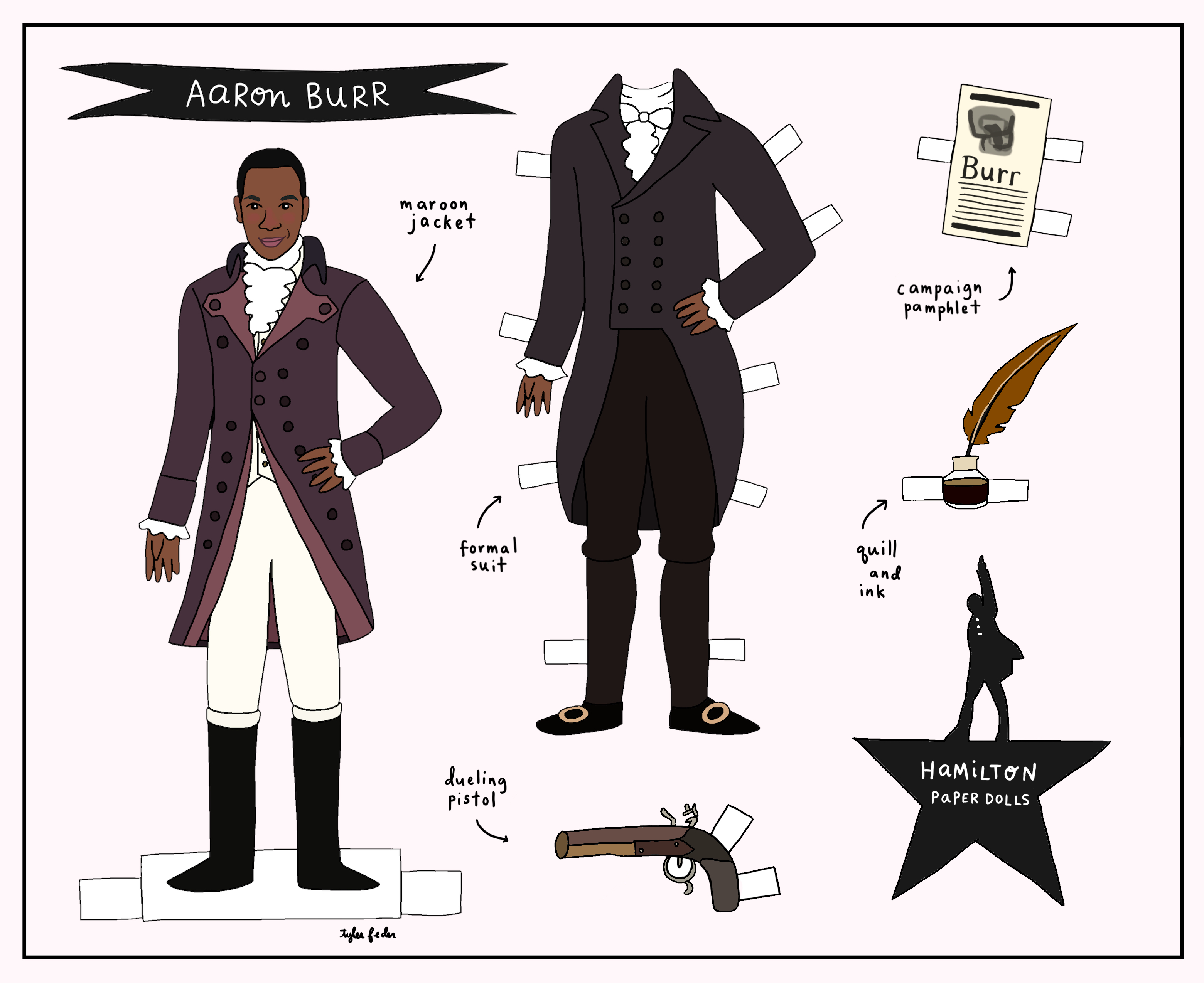 Embed our Aaron Burr paper doll on your own site by copying the code below:

Embed our Elizabeth Schuyler Hamilton paper doll on your own site by copying the code below:

Where to See Hamilton: Broadway, Chicago, and More

A Tale of 4 Hamiltons: Breaking Down the Award-Winning Musical in 4 Different Cities

The Ultimate Hamilton Glossary for the Tony-Winning Broadway Musical